Minister to Parliament over delays in expanding Kooddoo’s capacity 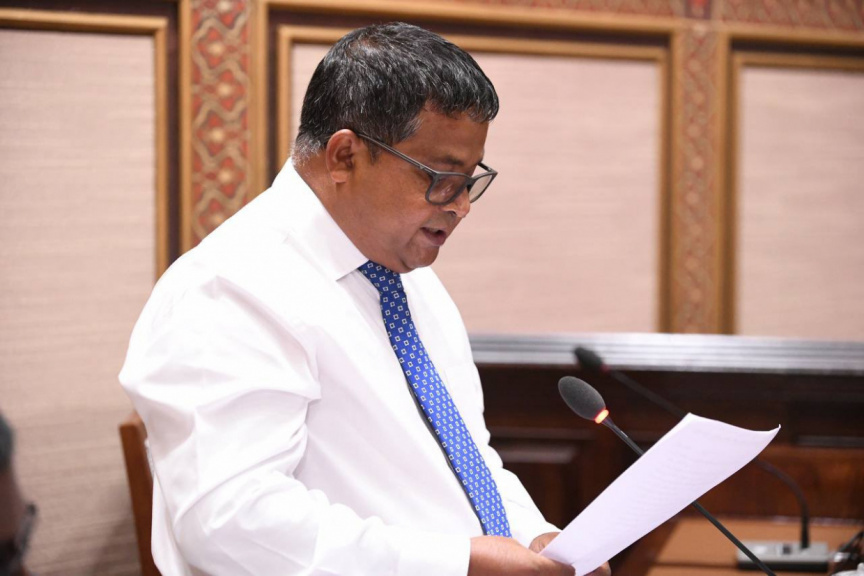 The Minister of Fisheries and Agriculture Dr Hussain Rasheed Hassan is to be summoned to the Parliament again to question delays in expanding the capacity of the Fisheries Complex located in Ga. Kooddoo.

-         Why a canning factory cannot be established in Kooddoo, that would allow freshly caught fish to be processed in a more cheap manner and canned as soon as fishermen bring them.

Recently, with an increase in the number of fish being caught, MIFCO limited the amount of fish they weigh, as they were unable to meet the demands.

Hence, from April 6 onwards, MIFCO has been weighing only six tonnes of fish per dhoni. In contrast, some of the dhoni’s travelled to Kooddoo, with up to 60 tonnes of fish.

Many fishermen expressed concern over MIFCO’s decision to limit weighing fish, with some even going to Kooddoo on Tuesday to express their concerns.

Moreover, there have been videos going viral on social media showing fishermen dumping their catch back into the sea after being unable to weigh it.

This would mark the second instance the Fisheries Minister is being summed to the Parliament over issues related to weighing fish.

On Sunday, March 10, the minister was questioned regarding the delays in commencing work after announcing the project, a Saudi funded 25-tonne ice plant to be developed in Ha. Dhidhdhoo.

Fishermen protest in Kooddoo over delay in payment