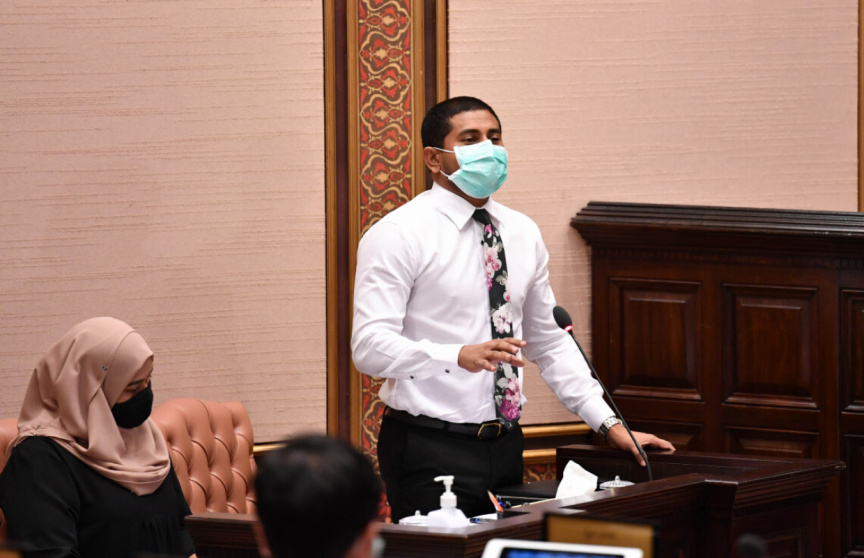 Parliament representative of South Galolhu Meekail Ahmed Naseem on Thursday proposed to question the Minister of Youth, Sports and Community Empowerment over the lack of consultation from residents of Galolhu citizens when compiling the design for the upgrading of the Galolhu National Stadium.

On April 5, Youth Minister Mahloof announced the development of Galolhu Stadium and even publicized design plans. He also revealed that the project is to be funded with India’s Line of Credit.

Speaking about the issue, MP Meekail revealed that they have receiving complaints over the lack of consultation from resident’s of Male’, particularly those living in the Galolhu district.

Meekail questioned at what stage the Ministry intends to seek public opinion regading this massive project.

Additoinally, he proposing inquiring whether the Ministry has considered developing the stadium in Hulhumale’ instead of Male’ in order to lessen the burden of congestion in the capital city.

Youth Ministry stated that the upgraded staduk will be able to accommodate about 11,500 people at a time, and is estimated that the total cost of the project will be about USD 18 million.

Since the plans for stadium were shared, the public has been voicing their concerns, with many questioning whether planning to develop the stadium again near a busy Majeedhee Magu (the main road in Male’ City) was the best cause of action. Many have been calling to move the stadium to Hulhumale’.