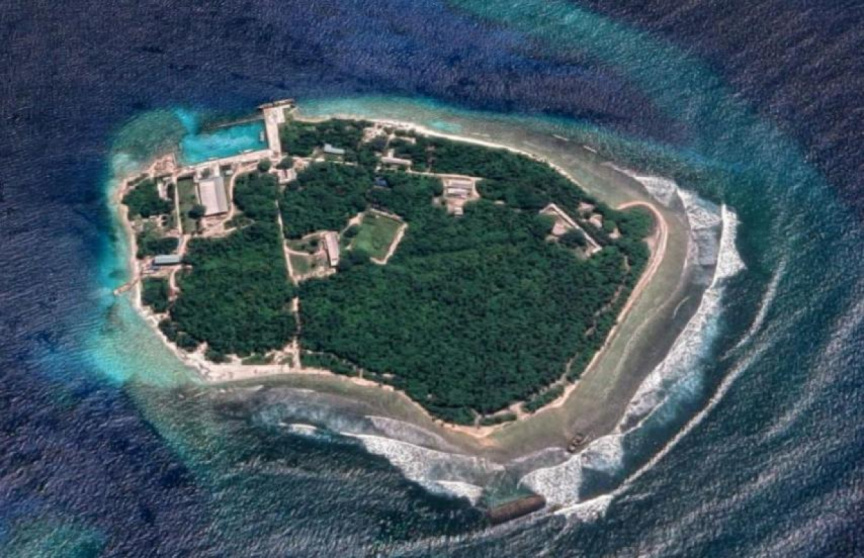 A satellite photo of Th. Funaddoo.

Fisheries Minister Dr. Hussain Rasheed Hassan has stated that Th. Funaddoo which was developed by former Home Minister Ahmed Thasmeen Ali to carry out works pertaining to purchasing and exporting fish – has been bought by the government and handed over to Maldives Industrial Fisheries Company Limited (MIFCO).

Minister Hussain had revealed this in a written response given to a query raised by Thimarafushi MP Abdulla Riyaz. The response had been read out at today’s parliamentary session.

In his response, he detailed that Th. Thimarafushi fishermen and entrepreneurs had requested President Ibrahim Mohamed Solih to facilitate the resumption of operations at Funaddoo through MIFCO.

Minister Hussain said that subsequently, President Solih had instructed to carry out a feasibility study to identify whether MIFCO can handle the operations at Funaddoo and submit the findings to the Economic Council. He added that the decision to purchase Funaddoo for the government was taken based on the finding of this feasibility study.

He also noted that Funaddoo and the all assets at the island had been handed over to MIFCO on March 7.

Former Minister Thasmeen had mortgaged Funnaddoo and taken out a loan from Bank of Maldives (BML). The sale of Funaddoo was announced by the bank following his failure to pay back the loan.