Fisheries Minister: Will not profit even if Hoadedhoo fish factory is made operational 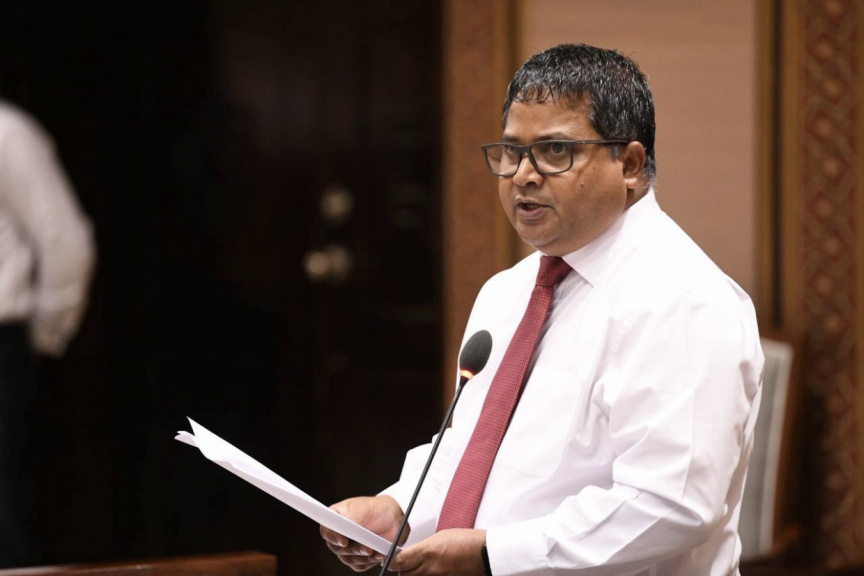 Fisheries Minister Dr. Hussain Rasheed Hassan, on Monday, has stated that Horizon Fisheries Complex ceased works on the fish factory they began to develop at GDh. Hoadedhoo in 2005, as the company will not benefit from it.

At today’s parliamentary sitting, Madaveli MP Hussain Firushan had inquired from the Minister regarding the Ministry’s role in bringing the fish factory into operation whilst the project remains ceased despite the company making other investments.

Responding to the question – Minister Hassan said that approximately USD 5 million to USD 6 million will be incurred to bring the fish factory into operation.

“When I talked to the company’s officials – they said if they finished the factory by spending approximately USD 5 million, it will not be viable to carry out the business of purchasing, processing and exporting fish at the factory, based on current prices,” he had said.

Noting that the lowest flow price the company could purchase fish at is MVR 13 – Fisheries Minister Hassan said that government companies purchase fish for MVR 17.

The Minister said that the company believes they would not profit by purchasing fish for MVR 17 even if Hoadedhoo Fish Factory is brought into operation.

“I cannot think of a way we cannot make them do a work which will not benefit them based on current prices for fish purchasing,” he added.

In a recently released resolution – Gaafu Dhaalu Atoll Council stated that it is a pertinent request of the atoll’s fishermen the Hoadedhoo fish factory’s development is completed in order to ease difficulties they face in weighing fish at present. The resolution also called to nullify the agreement with the company if they are not carrying out the development works.