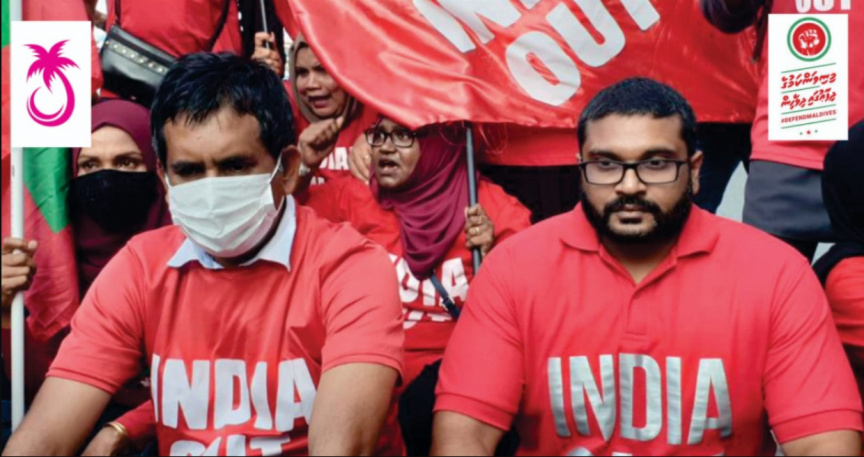 Maavah MP Mohamed Saeed and Guraidhoo MP Mohamed Ghassan Maumoon were arrested during the ‘Neyva Holhiah’ rally held by the opposition coalition in Male’ City on Friday. They were handcuffed when presented before the court for their remand hearing.

He said the police used excessive force when arresting the two parliamentarians, including pepper spraying their face and holding them in handcuffs at the Dhoonidhoo Detention Center for over 24 hours.

Police arrested 17 protestors during the rally on Friday. Eight of the protestors were released while the remaining nine were remanded in custody. Those released on Saturday include Ghassan and Saeed.

The rally was part of the ‘India Out’ campaign led by the opposition leader, former President Abdulla Yameen Abdul Gayoom to protest against Indian military presence in Maldives.

It was held despite warning by the police against holding the rally.