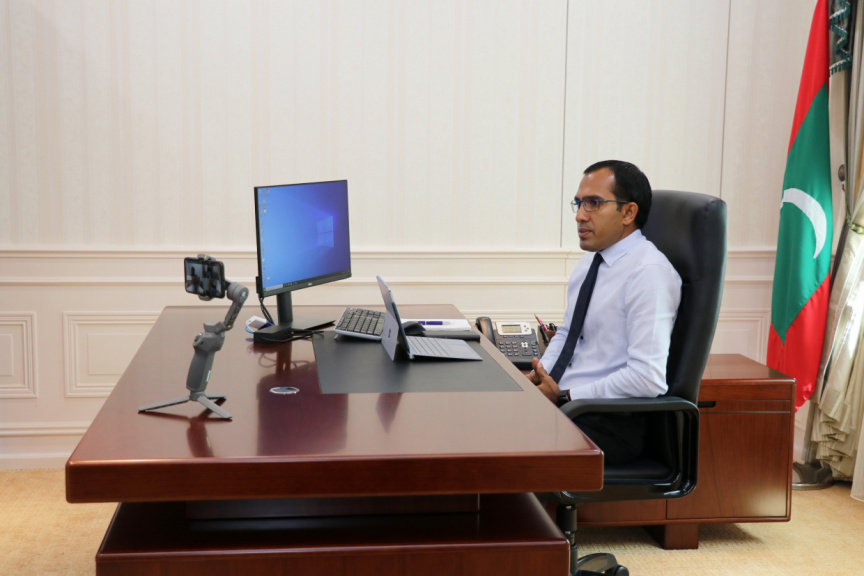 An audit report released on Monday shows former Technology Minister Mohamed Maleeh Jamal, during his time in office, spent MVR 795,000 from the state budget to renovate his cabin and Block B of the Technology Ministry building to the same design.

The costly renovation of Maleeh’s cabin had sparked criticism against him when pictures of his cabin first emerged back in 2020.

The 2019 audit of the Technology Ministry has uncovered the renovation project involved multiple violations of the Public Finance Regulation.

Auditors found the Technology Ministry, instead of reducing MVR 119,250 from the payment to the contractor for the delay in completion of the project, reduced just MVR 9,834 instead.

The work was awarded after the deadline for completion of renovation of Maleeh’s cabin expired, without an open tendering process. The contractor was paid MVR 103,880 for the additional work.

Additional violations found by auditors include the hiring of consultants for the work of Technology Ministry’s administrative staff.

The office also recommended that the Technology Ministry find a permanent solution instead of hiring consultants for day-to-day work of the ministry, and to adhere to civil service regulations in recruiting employees for contracts.

Maleeh, who had been part of President Ibrahim Mohamed Solih’s original cabinet, was dismissed in a no-confidence vote taken by the Parliament in March last year. The Technology Ministry was dissolved and its responsibilities reassigned to the Environment Ministry two months later.