Ex-Tech Minister: It wasn’t just renovation of my cabin, but important work on entire building 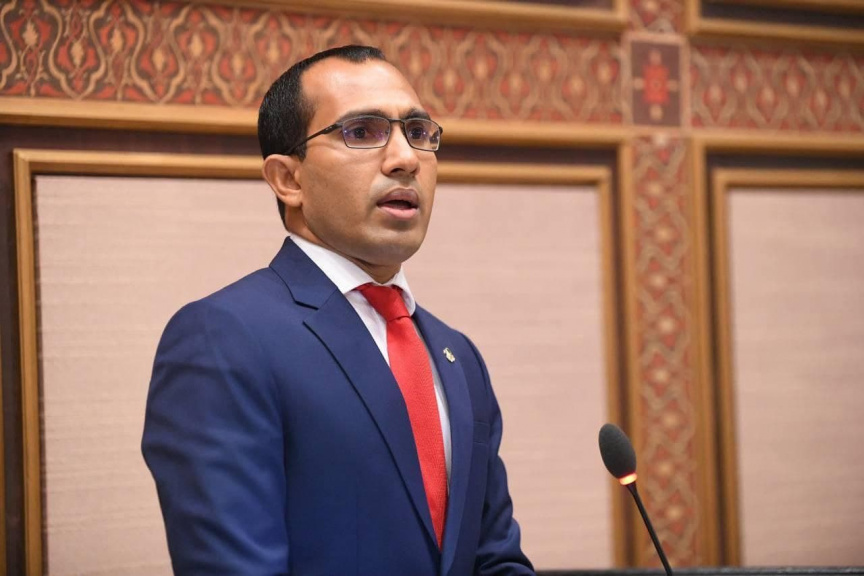 Then-Minister of Science, Communication, and Technology, Mohamed Maleeh Jamal at the Parliament on March 1, 2021. (Photo/People's Majlis)

Maleeh told Sun that the portrayal of the renovation project on the audit report was misleading, and failed to reflect the true scale of the project.

The report released by the Auditor General’s Office on Monday shows MVR 795,000 was spent from the state budget to renovate Maleeh’s cabin and Block B of the Technology Ministry building to the same design.

Maleeh said that the high cost was due to having to renovate and modernize such an old building.

“When we joined Technology Ministry, the building was like a rundown warehouse. So our first priority was to create a modern workplace,” he said.

However, Maleeh insisted that no such violations took place during his time in office.

“Now the report states the payment was made without withholding the retention payment. That’s the responsibility of the financial executive appointed by the Finance Ministry for each institution,” he said.

Additional violations found by auditors include the hiring of consultants for administrative work.

Maleeh said that the Technology Ministry hadn’t introduced a new policy on hiring consultants during his time in office, but had continued existing policies.

“That was the long-held practice within NCIT. Because technical employees aren’t willing to come and work for civil service salaries,” he said.

Maleeh, who had been part of President Ibrahim Mohamed Solih’s original cabinet, was dismissed in a no-confidence vote taken by the Parliament in March last year. The Technology Ministry was dissolved and its responsibilities reassigned to the Environment Ministry two months later.