Maleeh: Male’ main harbor will be sold to a foreign party if MDP wins by-election 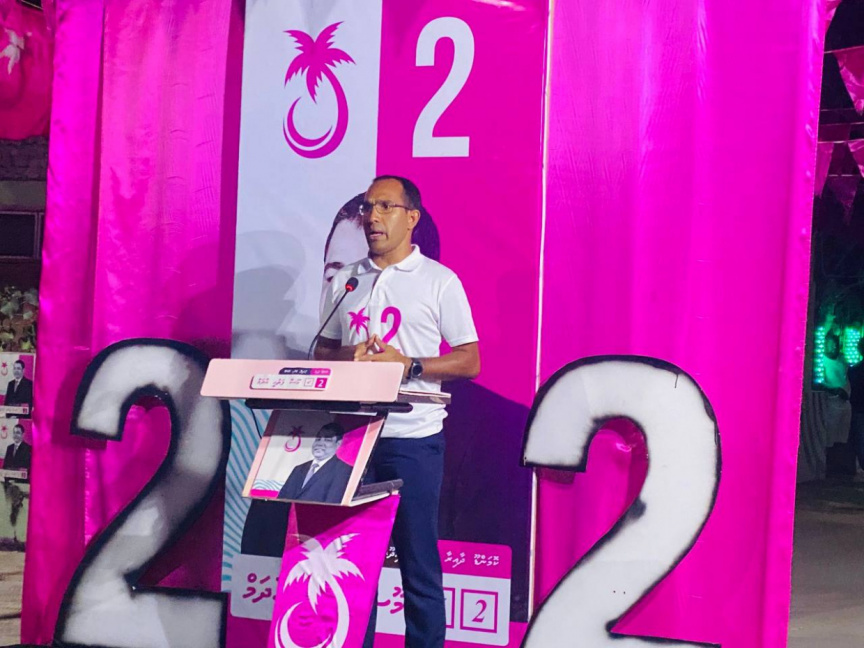 Former Technology Minister Mohamed Maleeh Jamal has stated if MDP wins the vacant Komandoo parliamentary seat, they will sell the main harbor in Male’ City to a foreign party.

At an event held last night at Sh. Komandoo as part of PPM’s candidate Moosa Fathuhy Adam’s campaign for the Komandoo parliamentary seat by-election, Maleeh said that MDP had previously sold the main airport in the Maldives, Velana International Airport, to a foreign party. He added that it was PPM that had gotten back the airport for Maldivians.

Maleeh also alleged that plans to sell the main harbor in Male’ City, had been made in a way Maldivians will never get it back.

Noting that all imports to the Maldives are cleared through that harbor, Maleeh said that MDP winning the Komandoo parliamentary seat is a threat to the whole Maldives.

Maleeh also refuted the claims at MDP campaign events stating the current administration is carrying out many projects.

In this regard, he said that Maldives will not have a citizen that will believe when MDP talks about development. He pointed out that although Thilamale’ bridge has been contracted to the company, physical works on the project have yet to commence.

Maleeh also went on to say that the month of February, is an unlucky month for MDP political wise – adding that having the election in February, is therefore, a good omen for PPM.

Law to be drawn up to criminalize ‘India Out’ campaign