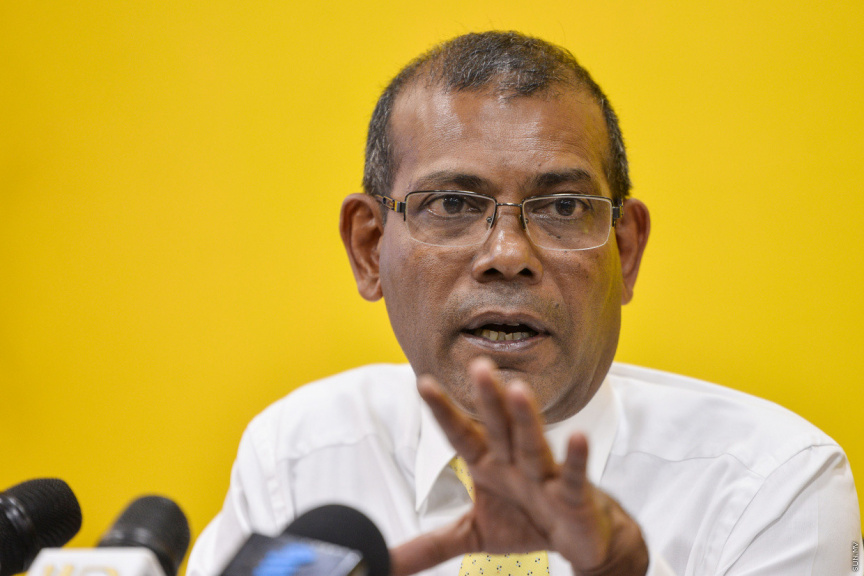 He made the comment while speaking at a campaign event for MDP’s candidate for the Komandoo by-election, Mohamed Rashid, held in Sh. Foakaidhoo on Saturday evening.

Nasheed, the leader of MDP, said that in the globalized world, people must look beyond the tip of their nose.

“The Maldivian people must expand their thinking beyond the coast of their island, the boundary of their atoll, to the globalized world,” he said.

Nasheed criticized the ‘India Out’ campaign run by the opposition coalition, composed of PPM and PNC.

“There’s no going out. There’s only going in. There’s nothing that I, nor you, can gain from isolation and antagonism,” he said.

Nasheed described the campaign as a dangerous move detrimental to the Maldivian people.

“What President Yameen is leading is dangerous. Very dangerous. He knows what he is doing. It is [against] our neighbor country which is emerging as a world superpower,” he said.

Nasheed said world history is full of lessons on the perils of hostilities towards a specific country.

He said it could expose Maldives to loss of its independence.

“We have witnesses through human experience and history of nations how nations lose their sovereignty and independence by inciting hatred towards world powers,” he said.

Nasheed said he is certain the majority of the Maldivian people don’t support such campaigns.