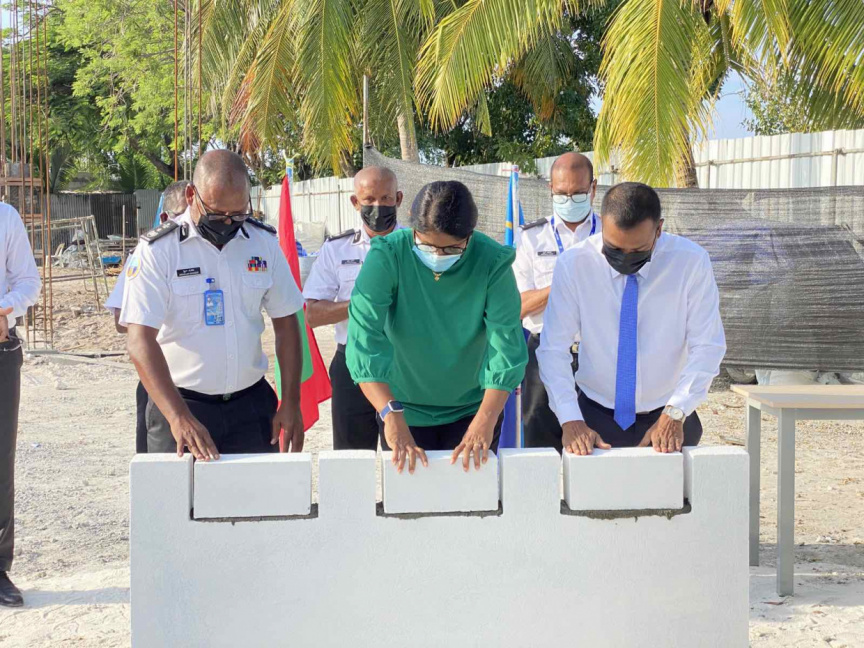 Defense Minister Mariya Ahmed Didi states she expects trade in Addu City to expand and thrive with the opening of the Customs south regional head office.

She made the remark during the ground breaking ceremony for the office building held near the Maradhoo Park on Friday evening.

Speaking at the ceremony, Mariya said President Ibrahim Mohamed Solih’s administration planned on expanding import/export in ports outside Male’ in order to improve people’s access to services through decentralization.

Mariya said that the Customs office in Addu, once it opens, will develop the commercial port in Addu and create more trade opportunities in the city.

She said that the office will have a training facility, which will improve the efficiency of Customs employees – from the lowest rank to the highest.

Commissioner General of Customs Shareef, in his speech, said the office will help expand the import/export business in Addu, and lay the foundation for the provision of Custom’s services in the city.

Shareef said the office will affect major positive changes to trade in Addu in the future.

The construction of the office building was contracted to SJ Trade Pvt. Ltd. for MVR 22.3 million. The company is required to complete the project within 411 days. The three-story building will have an administrative office, staff accommodation, and a regional training center.