First homestay tourists arrive in Dhiggaru to a warm reception 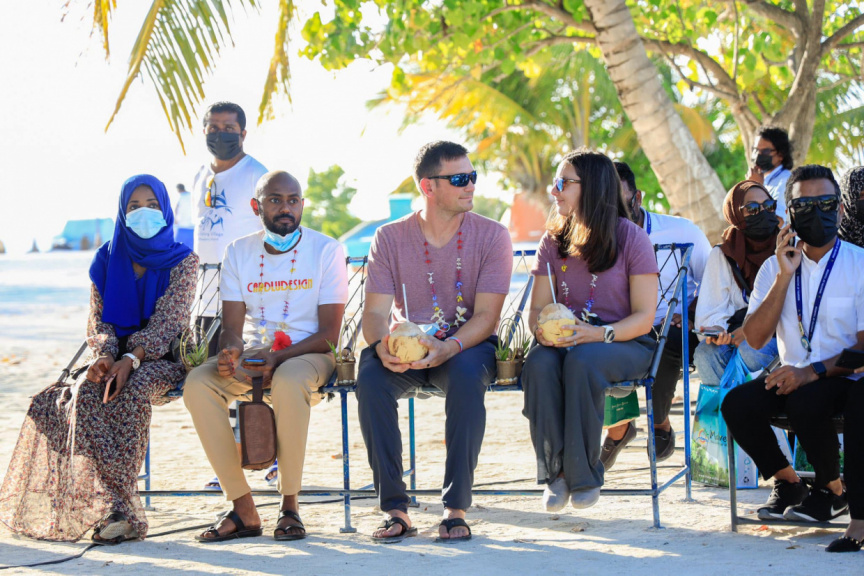 The first tourists arrive in M. Dhiggaru on January 1, 2022, marking the launch of homestay tourism in Maldives. (Photo/Ali Shafy)

The tourists received a warm welcome upon arrival in Dhiggaru on Saturday evening.

Nishan said Dhiggaru plans to make use of the opportunity by promoting Maldivian culture, tradition and craftmanship, and making it something people can earn an income from.

“We have the opportunity today to set an example. I assure you; this new beginning will be an exemplary one,” he said.

Nishan said that the launch of tourism in Dhiggaru had been a long-held dream of the island’s youth, and that the island had a lot of work ahead to expand tourism in the island.

Speaking at the ceremony, Tourism Ministry’s Senior Executive Officer Mohamed Razzan said homestay offers a source of income for residents of small islands such as Dhiggaru, and will help develop the local economy.

A large number of the island’s residents gathered at the harbor to greet the tourists.

Dhiggaru Council by-election to be held on August 13