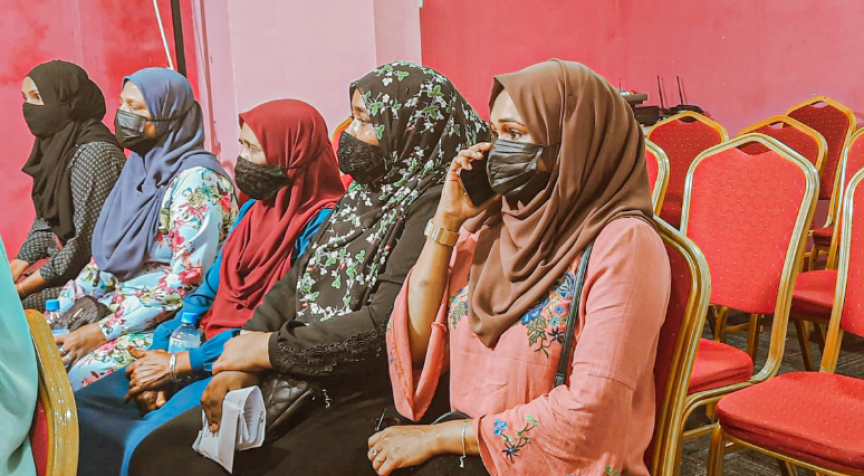 Some of the staff who were issued termination notices by Gender Ministry at the opposition Progressive Party of Maldives' (PPM) office to meet with party leaders.

Ministry of Gender and Social Services revoked the termination notice given to 21 civil servants working under the ministry.

The termination letters were issued to staff of ‘Kudakudhinge Hiyaa’, a resident care facility for children located in Villimale.

The decision to terminate staff was taken to reduce the number of staff after a large number of children residing there were shifted to the new facility ‘Amaan Hiyaa’.

Speaking to ‘Sun’ regarding this issue, President of CSC Mohamed Nasih confirmed that all the termination notices were now revoked.

During this year alone, various incidents including behavioral issues of children residing there and three different fire incidents took place at the Hiyaa.

The ministry has faced public criticism due to this, with many accusing the authority of not doing enough to solve these issues.

105 cases of violence against children in January