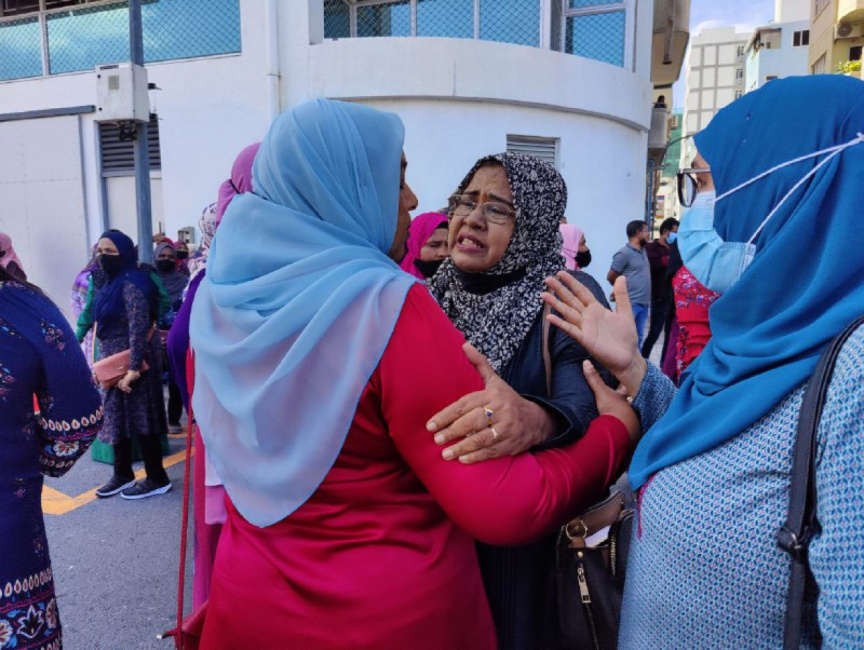 Opposition leaders and supporters celebrated on Tuesday, after the Supreme Court overturned the five-year prison term against former Maldivian President Abdulla Yameen Abdul Gayoom for money laundering, a decision they described as “victory for truth and justice”.

Many of Yameen’s supporters had been gathered at the PPM headquarters to watch the live telecast of his hearing, they erupted into cheers when the court delivered its verdict.

PNC leader and interim leader of the opposition, Abdul Raheem Abdulla (Adhurey) said that justice will prevail over cruelty.

In tears, Adhurey described it as the happiest day of his life.

“President Yameen’s freedom is a victory to the Maldivian people. This is the day the Almighty Allah gave President Yameen victory for his work for the sake of the religion of Islam and Maldives,” he said.

Adhurey said Yameen had proven himself to be a kind and just leader, and that he was happy he had regained his freedom after two years in prison.

“He will, In Sha Allah, continue his work to set the country’s affairs on the right course. Allah revealed that justice will prevail. This was proven today,” he said.

The Supreme Court reached its verdict with the unanimous consensus of all three justices who heard the appeal.