MDP: Past 3 years have brought an end to abuses against the people 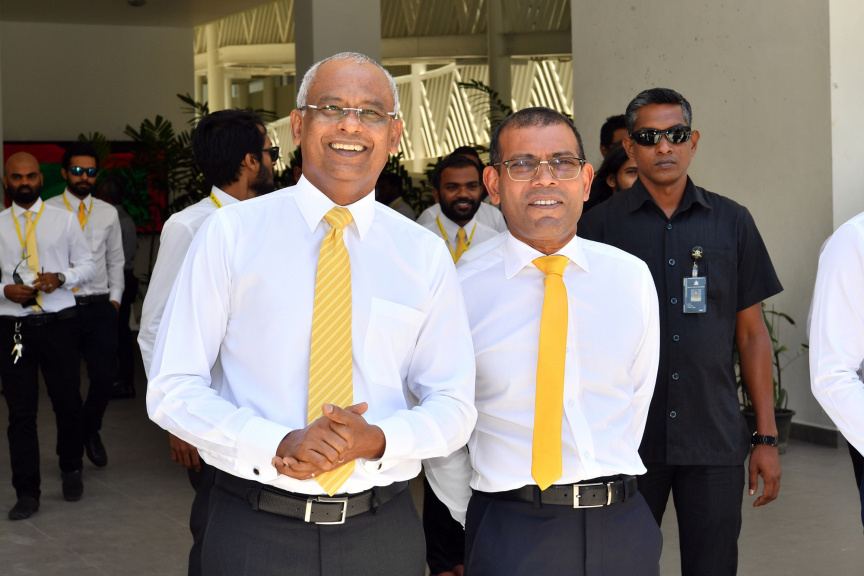 The main ruling party, Maldivian Democratic Party (MDP) states that the three years of President Ibrahim Mohamed Solih’s administration have brought an end to intimidation and abuse of the people by the government.

In a statement on Wednesday morning, MDP congratulated the president and his administration on their three-year anniversary, and expressed confidence the administration will continue to make achievements in line with the people’s expectations in the remaining two years.

MDP attributed the party’s victory in the 2018 presidential elections and the 2019 parliamentary elections to President Solih’s electoral pledges and his vision.

The party said that President Solih’s administration brought major reforms to the Maldives and its people in the past three years; prioritizing democracy and law, and establishing good governance.

The party also said that the appointment of a new Supreme Court bench as part of the administration’s efforts to reform the judiciary is affecting positive changes.

MDP said that President Solih’s administration has also brought an end to the culture of influence over independent institutions, and that the government no longer stands in the way of such institutions operating with independence and autonomy.

The party said that the government now provides room for political activities and press freedom, and that major reforms have been made to empower the people and decentralize the government.

MDP also noted the election of Foreign Minister Abdulla Shahid as President of the 76th United Nations General Assembly, and said that Maldives has improved foreign relations significantly over the past three years.

The party also commended President Solih’s administration for its efforts to continue to provide public services and continue projects across the country despite the challenges posed by the COVID-19 pandemic.