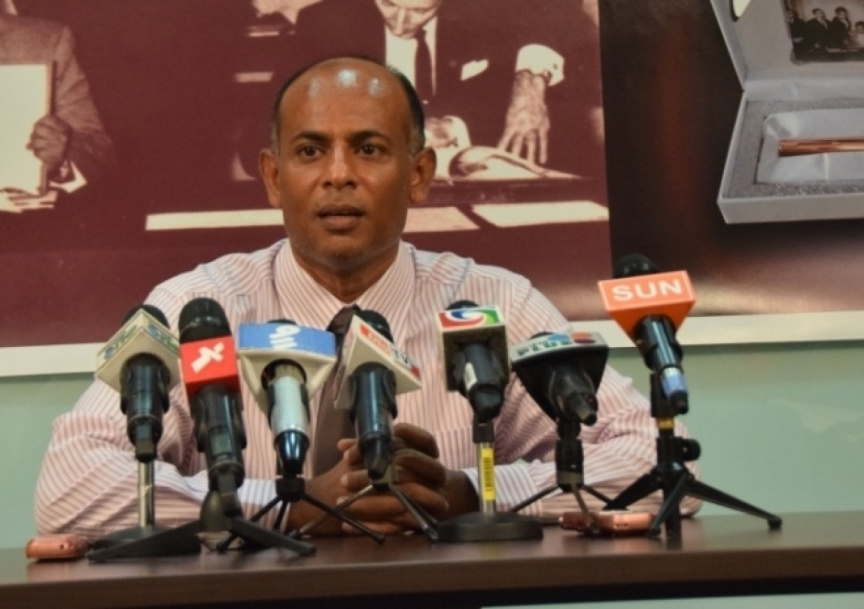 Public Service Media (PSM)’s Managing Director Ali Khalid apologized for an allowance he was not entitled to – and has returned the money received in this regard in accordance with the Finance Ministry’s Circular instructing the recovery of the money.

Sun has received a copy of the receipt indicating that Khalid had paid up the money collected in allowance over the course of last year’s May to this year’s June – totaling up to MVR 105,000.

After making the payment – Khalid had apologized to all employees of PSM.

He further explained that the allowance was taken by him as he had misinterpreted a circular sent by the Finance Ministry – adding that he only noticed it much later that the board allowance must not be received.

“In the future, I will pay more attention to such matters and will also work on strengthening existing procedures to make sure such a thing never happens again. I also apologize to everyone for how things have unfolded,” a message sent by Khalid read.

An official from PSM told Sun earlier today that Khalid and PSM’s Deputy Managing Director Shameem – who are executive directors of PSM’s Board – had taken an MVR 7,500 allowance which only non-executive directors are entitled to.

Privatization and Corporatization Board’s regulations dictate that executive directors of state-owned enterprises will not receive the board allowance for non-executive directors, but will instead receive a sitting allowance – MVR 500 for each Board meeting they attend.

The maximum number of monthly Board meetings that can be held is set at three, meaning executive directors will receive maximum MVR 1,500 as sitting allowance per month.

The circular in question was addressed to the Khalid, and it was he himself who instructed PSM’s HR Department and Finance Department to implement the circular.

However, Khalid later emailed the HR Department, inquiring about the reduction in his pay following the implementation of the circular.

“After Finance and HR cut it, he sent an email asking why his pay was MVR 7,500 less. It was less because the Finance instructed as such,” said the official.

PSM’s MD and DMD are entitled to a MVR 7,500 board allowance. However, the payment of the allowance was suspended by Finance Ministry as a cost-cutting measure due to the COVID-19 pandemic.

Khalid and Shameem total MVR 225,000 in board allowance over the course of 15 months in violation of Finance Ministry’s instructions.