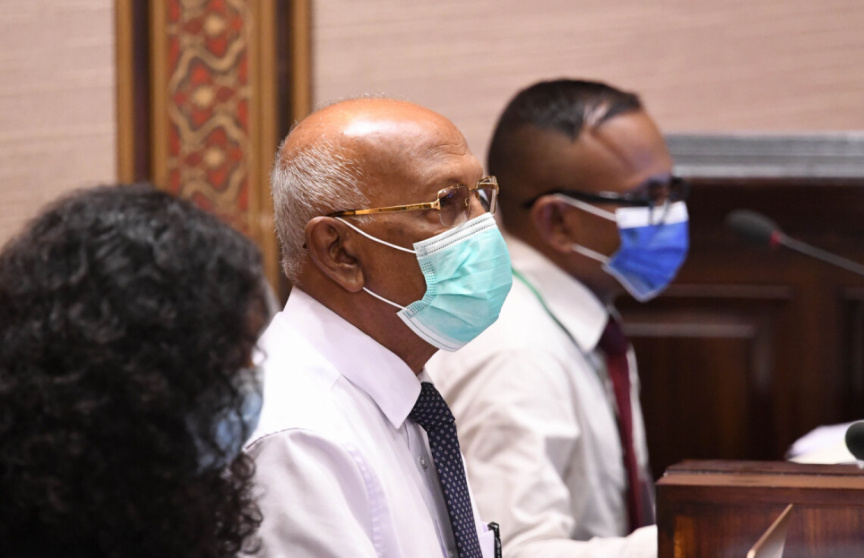 Health Minister Ahmed Naseem has stated that the varieties of drugs abused in the Maldives have significantly increased over the years – with drugs such as meth being available for free.

Minster Naseem appeared at today’s parliament session – at his own request – where he briefed the parliamentarians on the restructuring of the National Drug Agency (NDA).

Answering a question posed by a parliamentarian following this – Minister Naseem had stated that the varieties of drugs that are smuggled into the Maldives have significantly increased over the years. He also noted that most drugs are trafficked from European countries.

“Most drugs are trafficked from Europe now. Meth smuggled into the country, is literally available for free. I have no idea where this has been supplied from,” he had said.

Also speaking at the Parliament’s session today, Health Ministry’s Deputy Minster Safiyya Mohamed Saeed stressed that a significant change has been observed in the types of drugs trafficked into the Maldives.

In this regard, Safiyya noted that around ten years ago –  Maldivians were mainly abusing natural drugs, adding that the use of chemical drugs has now become more common. Accordingly, she cites meth as a commonly used drug in the Maldives.