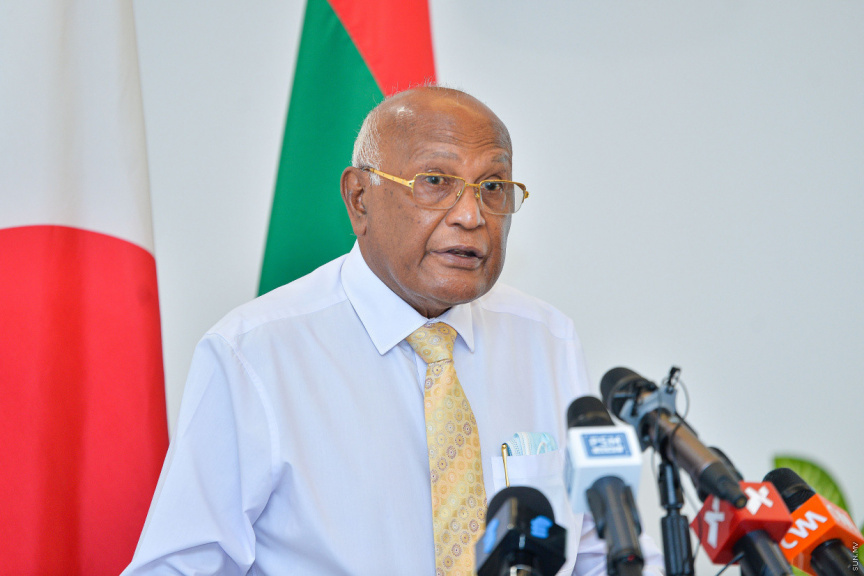 Health Minister Ahmed Naseem states construction of a hospital in R. Alifushi will begin in the last quarter of this year.

Naseem made the announcement in response to a query by Inguraidhoo MP Hassan Ahmed (Hassantay) seeking a written response from the Health Minister regarding the Alifushi hospital project.

His response was read at the parliamentary sitting on Wednesday morning.

Naeem said that the design and bill of quantity for the project is complete.

“In order to conduct this project under the USP model, an overseas contractor was selected and the framework agreement between the contractor and the Maldivian government signed on June 30, 2021. The current work is focused on completing administrative formalities between the two parties. Practical work on this project is planned to be begin in the last quarter of this year,” said Naseem.

Meanwhile, Planning Minister Mohamed Aslam also responded in writing to a query by Hassantay regarding regarding the land reclamation and airport development project in Alifushi.

Planning Ministry and Maldives Transport and Contracting Company (MTCC) signed the contract for the project on September 1.

Aslam said that land reclamation will begin once the Environmental Impact Assessment and design are complete. He estimates it will take six months for the process.

Aslam said that 50.5 hectors of land will be reclaimed under the project.

Hassantay’s third question was regarding when the Alifushi road development project would begin.

Aslam responded that there was a water and sanitation project in progress in Alifushi, and that road development would begin once the project was complete.

“But since the [water and sanitation] project is expected to be complete in Q2 2022, the road development project, though it was contracted this year, whill begin once the project is complete,” he said.

The government is also scheduled to reclaim land in the lagoon of Alifushi to develop a resort. Tourism Minister Dr. Abdulla Mausoom said last Tuesday that the government will open tender for the project in October.