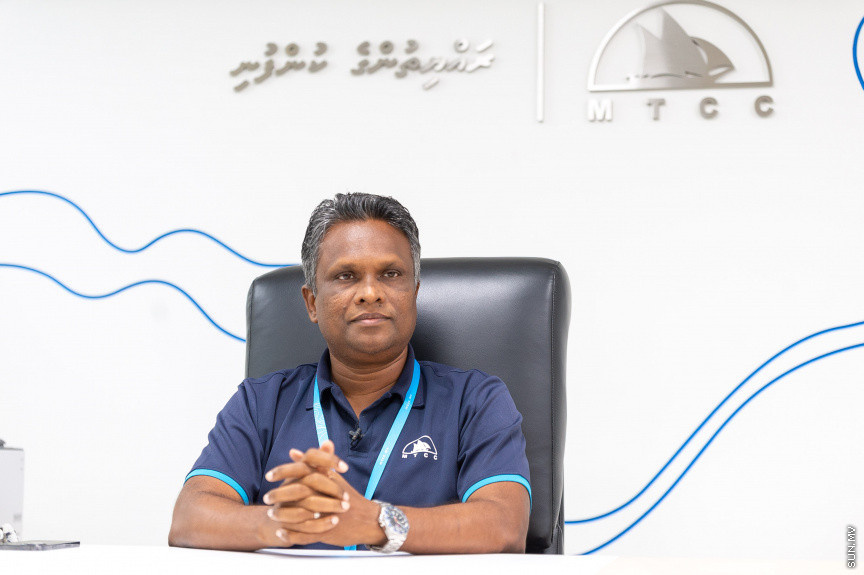 The commencement of the project was marked in a ceremony on Tuesday.

Speaking at the ceremony, MTCC’s CEO Adam Azim said it was the biggest project to be conducted simultaneously by the company in its history.

He said that he saw happiness from the faces of Alifushi residents, at seeing an end to the difficulties in transport and housing with the project.

MTCC will reclaim 50.5 hectors of land for the airport and housing under the project.

“This land will be linked to Alifushi. The island is already 45.5 hectors. An island of greater size will soon be linked to this island,” he said.

Azim said the project is valued at over MVR 451 million.

“I, as a Maldivian citizen, wish to thank the president for finding some way to alleviate your difficulties, even in the middle of a terrible war which is proving more disastrous than the Covid pandemic,” he said.

Azim said President Ibrahim Mohamed Solih was a leader who wished to serve the people. He said that MTCC had completed 92 projects over the last three years, and was currently working on 110 more projects.

“This is the greatest number of projects in three short years in the history of Maldives. We are working on approximately more projects right now than in the last 20 or so years,” he said.

Azim said he thanked President Solih for bringing development to islands in accordance with the people’s wishes.