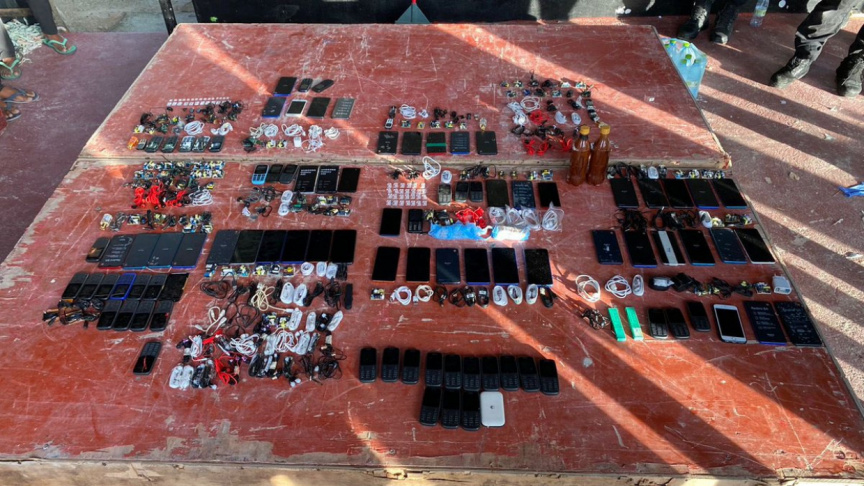 Items seized that were attempted to be smuggled into Maafushi Prison on August 30, 2021. (Photo/Maldives Correctional Service)

An individual who tried to smuggle contraband to include a large number of mobile phones - has been caught and arrested in the early hours of Sunday morning.

In a tweet, Commissioner of Police Mohamed Hameed stated that the items were seized in a joint operation conducted by the Police Intelligence Unit, Maafushi Police Station, and Maldives Correctional Service.

CP Hameed further detailed that the individual was arrested on the shore of the island.

The Police have confirmed the identity of the individual arrested as a 37-year-old Maldivian man.

It was also noted that Maafushi Police Station is investigating the matter further.

Madaveli-Hoadedhoo causeway cut off once again