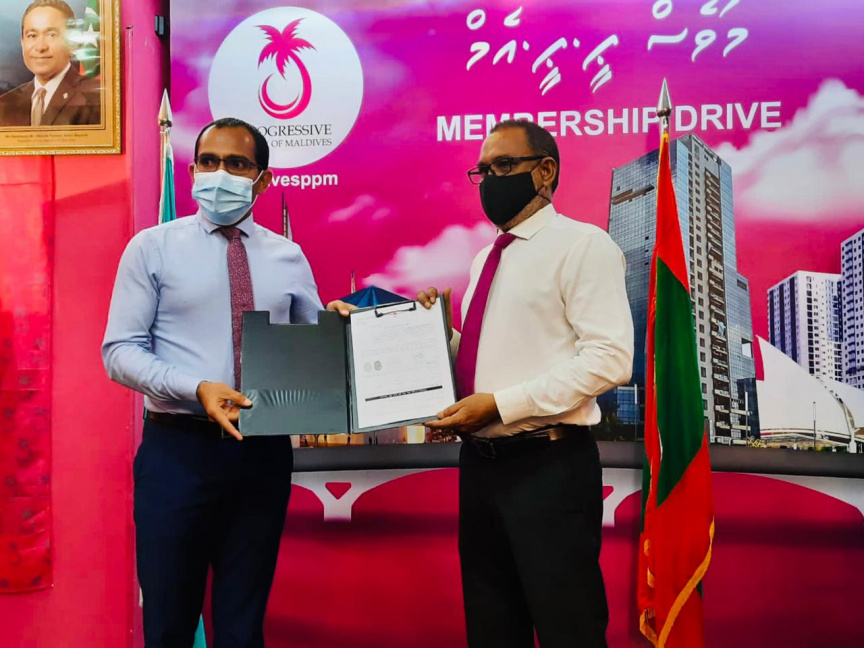 Maleeh made this statement speaking at a function held last night at which he had joined PPM.

Additionally, he also assured that he Is willing to undertake any tasks in order to elect Yameen as the President in the upcoming Presidential Elections set to be held in 2023.

“I am stating this as a person who had worked closely with Yameen; he is not a person that tires easily. During his time as the President – he worked five days a week. On weekdays he was involved in political networking and planning the next week up ahead. He was this strong,” Maleeh added.

Maleeh also went on to state that the President Ibrahim Mohamed Solih’s administration is running the country on ‘reverse gear’ and the shortcomings of the administration are evident in all matters pertaining to the nation – whereas the country continues to move backwards.

He also pointed out the to the diminishing status of the country’s economy highlighting that the budget has been deficit whereas no major development project has been implemented within the past three years of this administration.

Maleeh was the first Minister of Communication, Science and Technology during President Solih’s administration. He was removed from his position back in March 2021, through a no-confidence vote of the Parliament. The parliamentarians of the opposition coalition – PPM and PNC – had also voted in favor of the no-confidence motion against Maleeh.

Barely a week had passed since the motion when Maleeh had declared that he will be working against the current administration from then on – but would not be joining the opposition coalition. However, Maleeh had resigned from Jumhoory Party on March 10, and officially joined PPM last night.