Five arrested in multiple drug operations by the Police 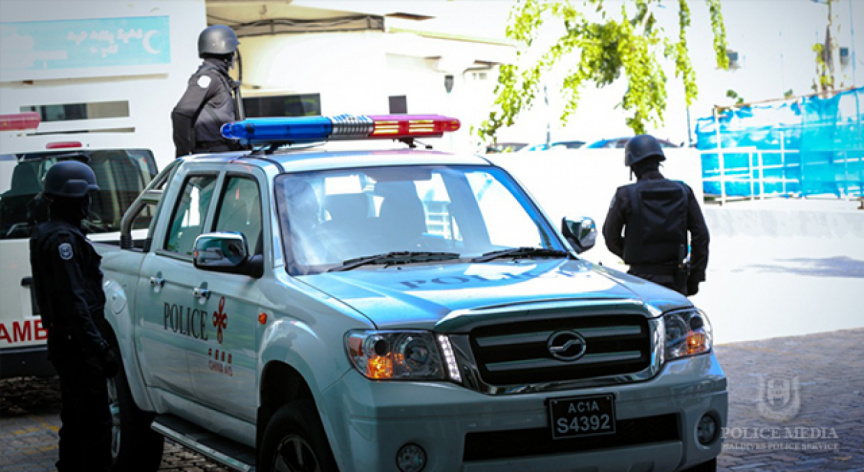 Police have confirmed the arrest of five individuals in a drug operation and is further probing into their investigations.

They had revealed today that the operations were carried out at five different areas – acting upon information received to their Intelligence Department.

Another operation was carried out at L. Gan on July 10 – following which a 51-year-old Maldivian man was arrested in the harbor area of the island. When the police searched the dinghy he was traveling on they had discovered drugs in four empty film canisters in addition to one bottle of alcohol.

A third operation was carried out on July 10 at HDh. Kulhudhuhfushi – following which a 29-year old Maldivian man was arrested near the harbor area of the island. The police stated that he was carrying one big rubber packet filled with drugs in addition to 14 pieces of cellophane containing drugs at the time of his arrest.

While a drug operation was carried out at Th. Veymandoo by Th. Veymandoo Police Station on July 8, a piece of cellophane containing drugs was found. However, no arrest has yet been made in connection to this.

Additionally, in an operation carried out HDh. Nolhivaram, a 45-year-old Maldivian man was arrested. When he was searched by the police they had discovered 16 pieces of cellophane containing dugs. He has been brought before Kulhudhuhfushi Magistrate Court for a remand hearing following which the court had remanded him for 10 days in custody at a place allocated by the Home Ministry.

Suspect wanted in connection to threat against police

Activities involving crowds will not be allowed in Eid