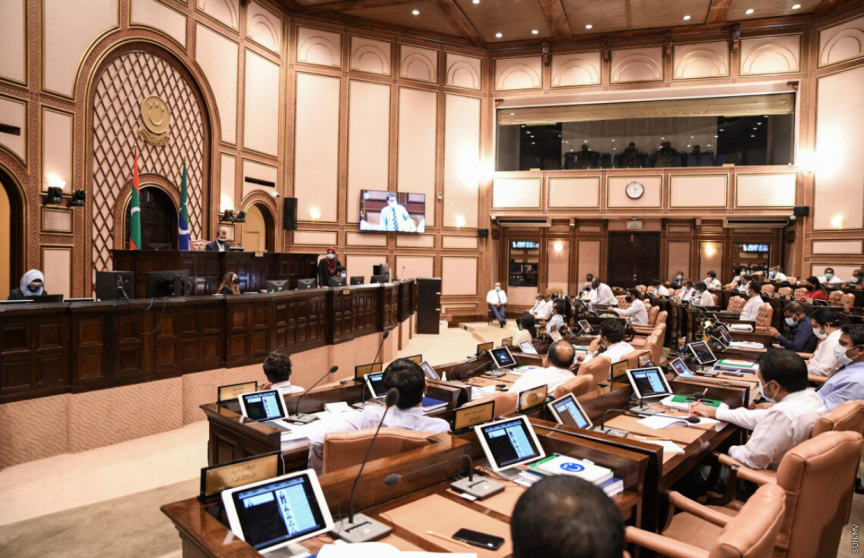 Parliamentarians wear masks to protect from the spread of COVID-19 as they attend a sitting on June 2, 2020. (Photo/People's Majlis)

President Ibrahim Mohamed Solih has submitted the list of nominees for appointment as three members of Local Government Authority (LGA)’s Board for parliamentary approval.

President’s Office opened applications for membership of LGA’s Board on May 17.

The President shortlisted five candidates, whose names were announced during the parliamentary sitting on Wednesday morning.

The names have been sent to the Parliament’s Decentralization Committee for review.