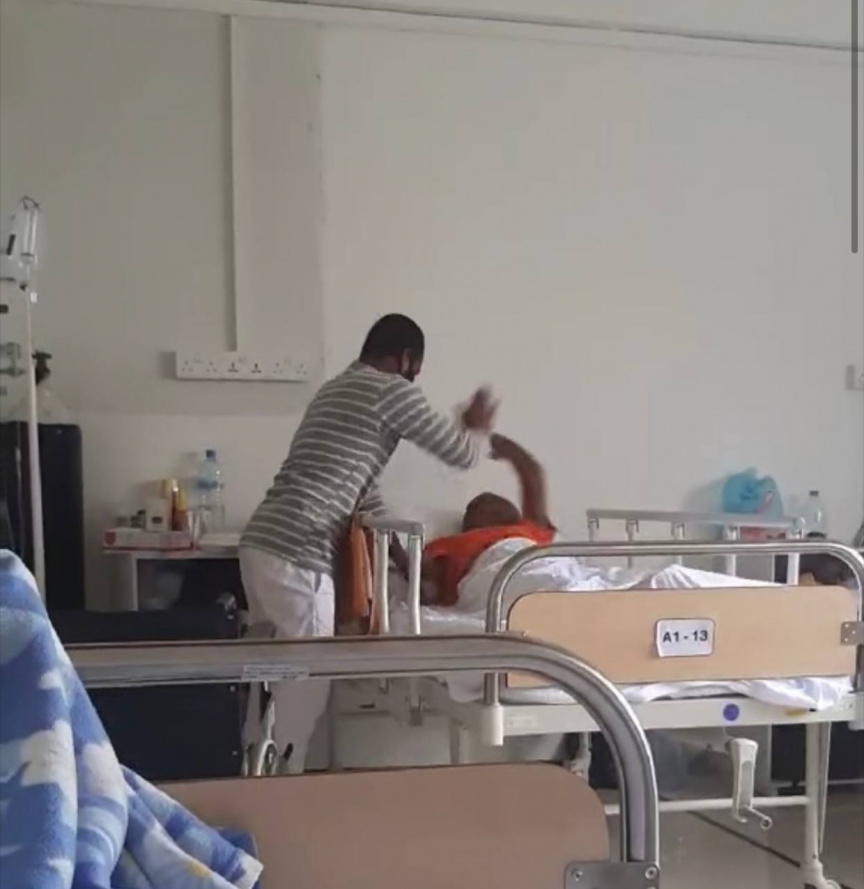 Screen grab from video of a caretaker assaulting a patient at Hulhumale' Medical Facility on May 26, 2021.

A family-appointed caretaker caught on video assaulting an elderly COVID-19 patient at the Hulhumale’ Medical Facility last May has been ordered to jail pending the outcome of his trial.

Sharif Khan, 31, a Bangladeshi national, was caught on video hitting and yelling at the elderly patient on May 26. He was arrested by the police the same day.

Prosecutor General’s Office spokesperson, Public Prosecutor Ahmed Shafeeu said that the office filed the charge of assault under Section 120 (b) (2) of the Penal Code, with reference to Section 120 (a) (1) against Sharif Khan with the Hulhumale’ Magistrate Court this Tuesday.

Shafeeu said that the court granted the motion filed by the State to detain Sharif Khan pending the outcome of his trial during a hearing in the case on Tuesday.

The video shows the elderly patient crying out in pain as he is assaulted.

Two to be charged in the murder of 13-year-old