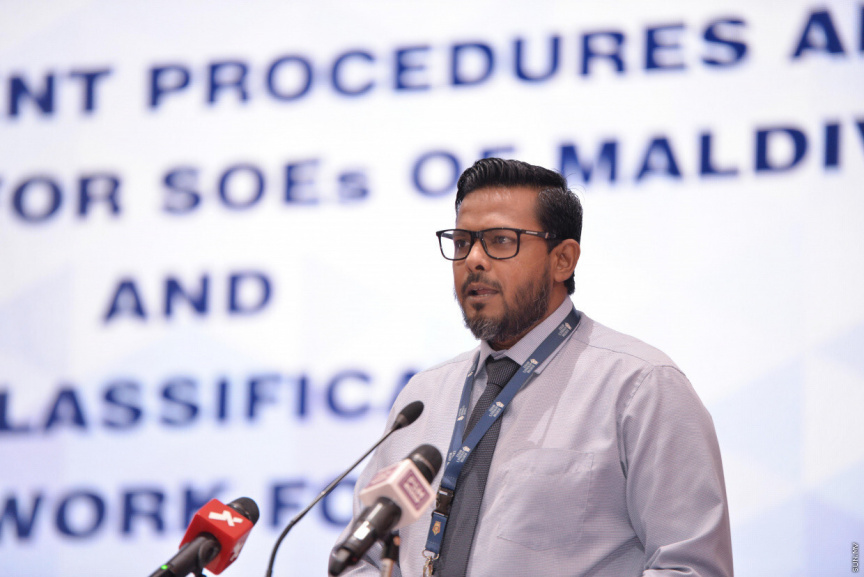 Maldivian Auditor General Hassan Ziyath resigned on Wednesday evening, after he was named on a list of suspected beneficiaries of the MMPRC corruption scandal.

The list in question was provided to a joint parliamentary committee which conducted an inquiry into the MMPRC case by the Corruption and Asset Recovery Commission. The committee concluded its inquiry and released its report, along with the list, on Wednesday afternoon.

In his letter of resignation to President Ibrahim Mohamed Solih, Ziyath noted that he was named on the list of 119 former and incumbent state officials who possibly received stolen public funds.

Ziyath said that he finds that his continuous service as Auditor General at present will be detrimental to the dignity and honor of the Auditor General’s Office and the state, and is therefore tendering his resignation.

He also provided assurance he never engaged in corruption, bribery, or was involved in anything which may cast doubt over his integrity in the execution of his duties as Auditor General.

Sun has been informed that former Vice President and Tourism Minister Ahmed Adeeb Abdul Gafoor – who ran the corruption scheme, told the Asset Recovery Commission in his statement that he gave money to Hassan Ziyath.

However, the amount of money is unclear.

Hassan Ziyath ran for the Hulhu-Henveiru parliamentary seat as a PPM candidate during the former administration.

His elder brother, Abdulla Ziyath had been serving as MMPRC’s managing director at the time, and worked closely with Adeeb in embezzling funds from MMPRC.

Both Adeeb and Ziyath have admitted to stealing public funds, and spending it on bribing State officials, judges and parliamentarians.

They both made plea deals with the state and are currently serving their prison sentences under home confinement.