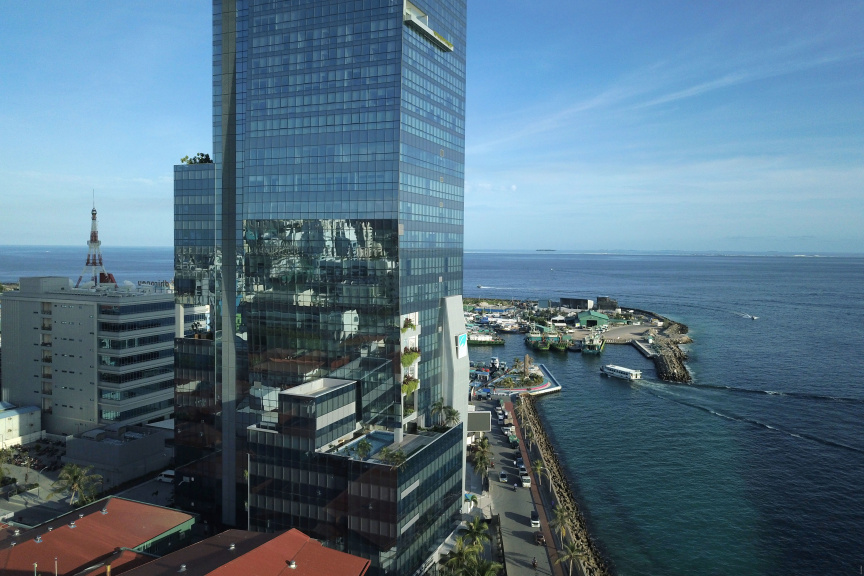 Maldivian government has raised an additional USD 100 million (MVR 1.5 billion) through a tap of the sukuk it sold in the international market against the 25-story Dharumavantha Hospital earlier this year.

The government raised USD 200 million (MVR 3.1 billion) through the sukuk sold against the Dharumavantha Hospital.

Reuters reports the tap of the existing sukuk was at a 10.5 percent interest rate, and needs to be repaid after five years.

Finance Ministry previously stated that the sukuk was sold through Emirates’ NBD Capital, HSBC and Islamic Corporation for the Development of Private Sector (ICD) to manage the government cashflow. Finance Minister Ibrahim Ameer told the Parliament the USD 200 million raised through the sale of sukook was utilized to repay USD 200 million in loans.

The decision to tap the sukuk comes after the Parliament recently authorized a one-year extension to the public account overdraft.

'Govt's policy is to harmonize salaries of all sectors'

Ramadan allowance not dispersed within deadline