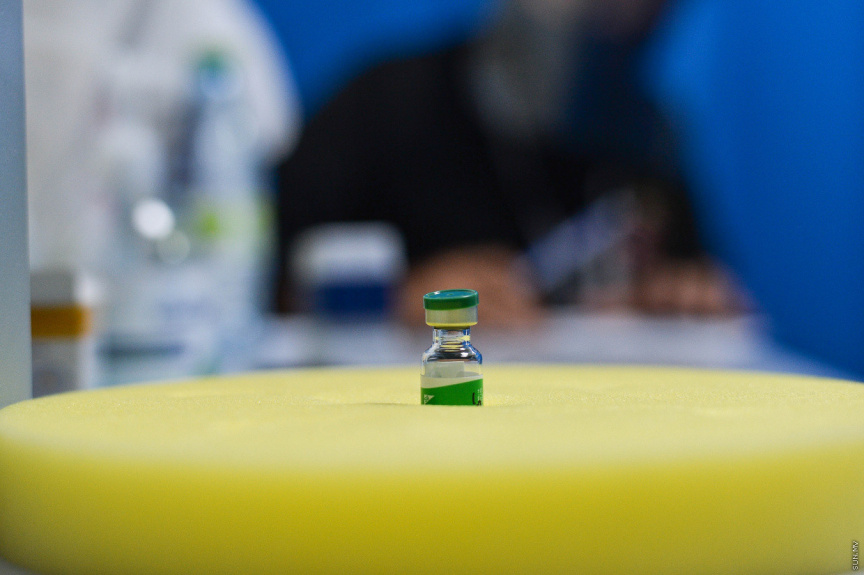 The Maldives is in short supply of the Covishield vaccine developed by Astrazeneca and Oxford University to a level where there aren't enough vaccine doses to complete the second dose of the vaccine for the portion of the population who had received the first dose of the vaccine.

Health Protection Agency (HPA) has not responded to repeated attempts by Sun to clarify the stockpile of vaccines in the Maldives. However, reliable sources have confirmed to Sun that the Maldives currently has just around 500 doses of the Covishield vaccine.

HPA statistics show that around 1,000 people are receiving their second dose of the vaccine every day in Male' City, which means that there arent enough doses to complete the vaccination for those who are yet to receive their second dose. The first dose of the Covishield vaccine was administered from the batch of 200,00 doses gifted by India as well as the 12,000 doses received through the COVAX Facility.

HPA has not yet responded to attempts by Sun regarding when the remaining batches of the vaccine under the agreement will be received.

The Maldives also has an agreement with Astrazeneca in Singapore to purchase 700,000 doses of the vaccine. No date for the supply of these vaccines has also been disclosed by the government or any other official state body.

According to HPA statistics, 293,429 had received their first dose of the vaccine up until April 26. 88,649 have completed both doses of the vaccine.

20% of those eligible fully vaccinated against COVID-19