4 men, including a teacher, accused of gangraping 14-year-old girl 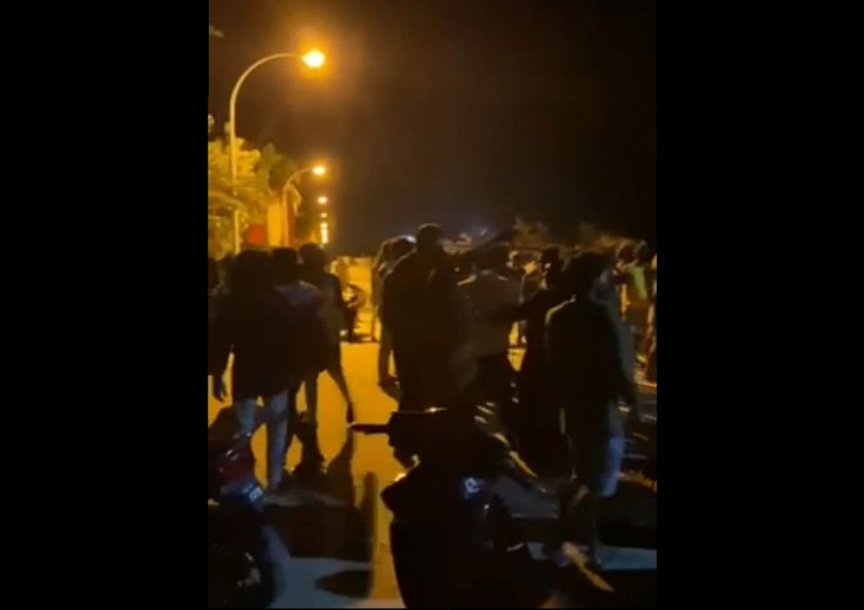 Residents of an island in central Maldives stage a protest on March 24, 2021, over lack of arrests after a 14-year-old girl was gangraped.

The authorities have launched an investigation after four men, including a teacher, were accused of gangraping a young girl in northern Maldives.

The crime took place on March 3, and was reported to the police on March 11 after the victim – a 14-year-old girl came forward and reported the crime to her family and Gender Ministry.

A family member of the victim told Sun the crime took place on the evening of March 3. The young girl went to the school on a school-related matter, where she met her teacher who took her to a nearby guesthouse.

The family member said there were three men already waiting when she went to the guesthouse. The three men were wear wearing masks to hide their face, and the victim is unable to identify them.

“The teacher took her to a guesthouse located near the school. There were three people there when they arrived. The child is unable to say who they were. But it is clear who took her there,” said the family member.

The family member who spoke to Sun said that the young girl was given a glass of juice after she was taken to the guesthouse, likely containing a substance. She was gangraped by the four men.

“The four committed the crime. Its clear who the teacher is.”

The family member told Sun that the assailants threatened to kill her if she told anyone.

The teacher accused of being one of the suspects remains free, sparking outrage withing the local community. Residents of the island staged a protest in front of the local police station this Wednesday demanding the arrest of the suspects.

The protest led to clashes between the police and protesters, during which the police used pepper spray on some of the protesters.

A large number of residents continue to protest in the streets of the island. Some of the protesters have vandalized the police station. The police say they are trying to reach a peaceful resolution to the issue by talking to the protesters.

“The whole island is here, young and old,” said a local resident who spoke to Sun.

The police have issued a statement confirming a report was lodged with the police on March 11 in a case involving the suspected sexual assault of a young girl under the age of 18 years on March 3. The police said they are investigating the case.

Gender Ministry, meanwhile, has issued a statement announcing the sexual assault of a 14-year-old girl came to the Ministry’s attention on March 10. Gender Ministry states the victim has been moved to a safe location, and that they are investigating the case in collaboration with the police.