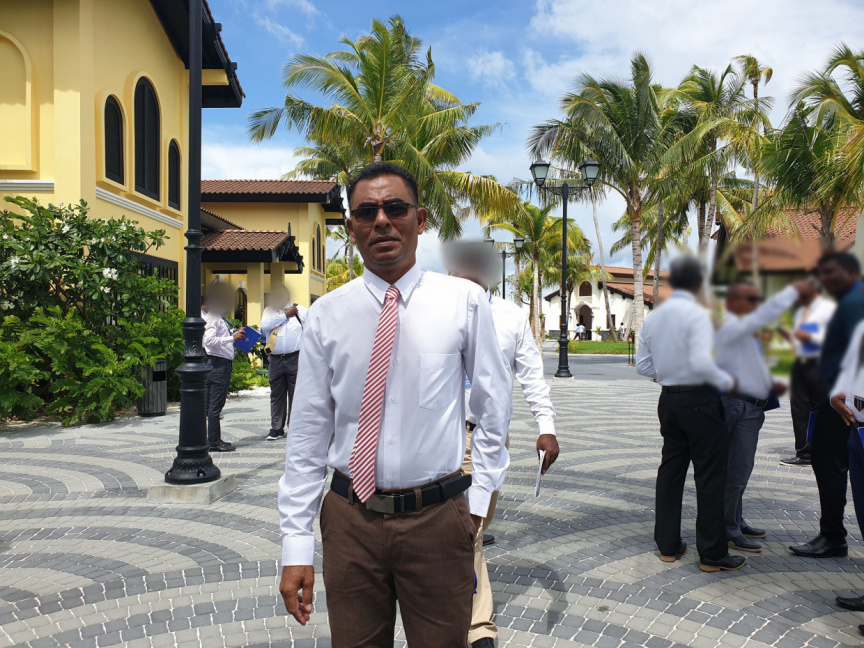 An alleged case of an attack on L. Maavah Council President Ahmed Moosa has been reported to the police.

Speaking with Sun, Ahmed Moosa said that the attack on him was most likely based around political reasons related to a document published on the PPM Facebook page of L. Maavah.

“I have lodged a complaint with the police regarding the matter.” Said Moosa who added that he had been threatened before the attack.

“It (attack) happened near the mosque. (They) hit me on the face after using foul language towards me. It still hurts, but it is now better.” Said Moosa.

He also stated that he did not wish to exact revenge upon his assailants and requested supporters of PPM in Maavah, the party he belongs to against any such action.

“This is the time to unite to overcome the COVID-19 crisis. I do not agree with physical attacks on anyone due to differences in political ideology in any situation.” Said Moosa.