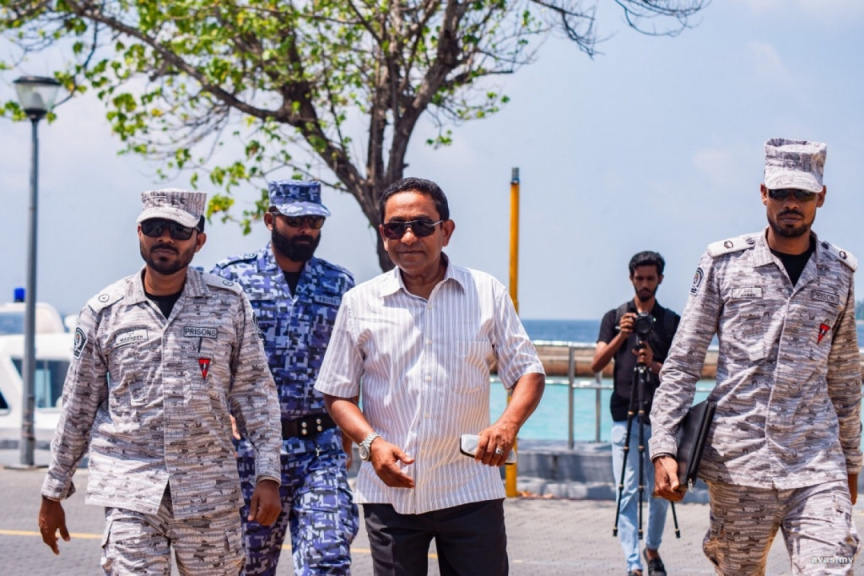 High Court has postponed the delivery of its ruling in the appeal of the five-year sentence issued against former Maldivian President Abdulla Yameen Abdul Gayoom for money laundering.

High Court concluded appeal hearings back in September, and had previously been scheduled to deliver its ruling on Thursday, January 14.

However, the court announced this Tuesday that the delivery of the ruling has now been postponed by one week to January 21.

The opposition has expressed concern over the delay in a decision by the High Court regarding the appeal filed by Yameen over his conviction, which has now dragged for over a year.

The Criminal Court sentenced Yameen to five years in prison and fined USD 5 million in late 2019.

He was found guilty of laundering USD 1 million in misappropriated State funds - the acquisition cost for G. A. Vodamula which should have gone into Maldives Marketing and Public Relations Corporation (MMPRC).  The USD 1 million was transferred to his bank account in two transfers of USD 500,000 through SOF Private Limited.