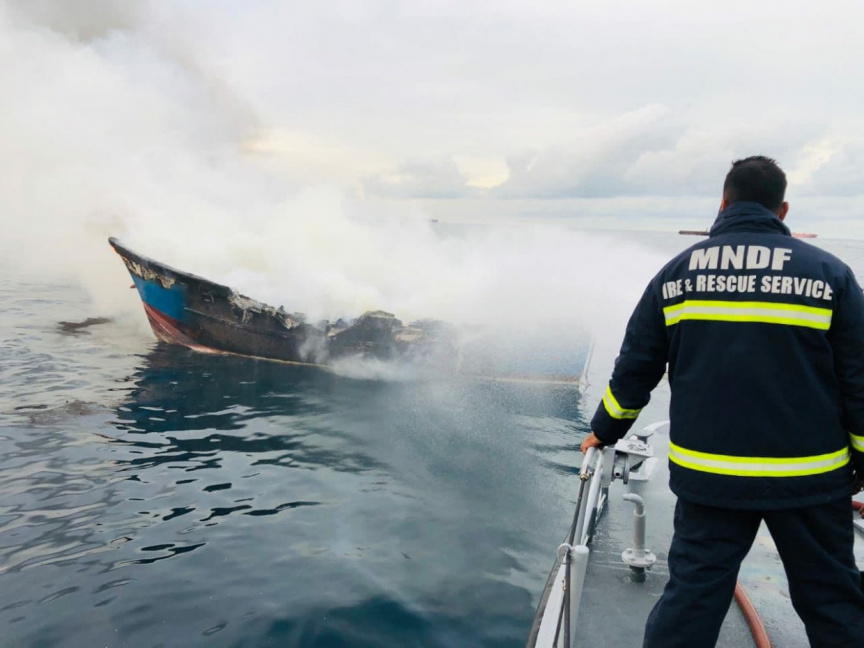 MNDF Fire and Rescue officers observing a boat that caught fire in Thilafushi on December 24, 2020. (Photo/MNDF)

An individual injured in yesterday’s blaze in a vessel docked at Thilafushi has been admitted to the Intensive Care Unit of the IGMH Hospital for treatment.

Two people were taken to the hospital due to burn injuries. One of the individuals is a foreigner while the other is a local man.

An IGMH media official said to Sun that the foreign national was released after being treated at the Emergency room of the hospital.

The local injured in the incident had received burns to 20 percent of his body and was now being treated at the ICU of the hospital.

The fire happened during the fueling of a boat and was reported around 16:39 yesterday. The fire was controlled by 17:37 by MNDF Fire and Rescue.

'Condition of 2 men who fell from buildings stable'