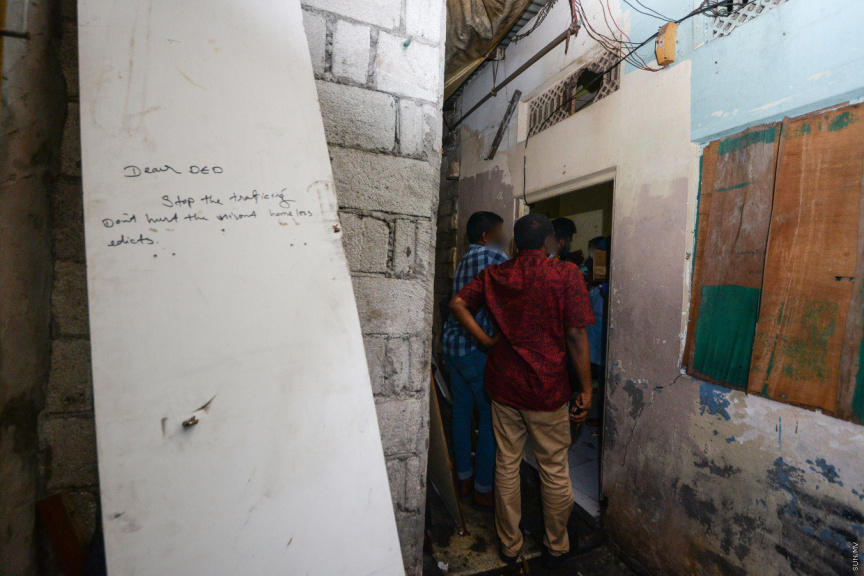 The High Court of the Maldives has overruled the Criminal Court in the release of five individuals who were arrested on drug-related offenses.

The High Court in a ruling today, said that the release of five individuals arrested with more than a kilo of drugs was unlawful.

The five were among a total of seven arrested in a search operation of H. Vaifini due to suspicions of drug trafficking on September 14, 2020.

The Criminal Court had extended the detention of five arrested in the case on several instances.

The Criminal Court ordered their release on December 3, after the state requested to extend their detention due to them posing a danger to society.

The state then appealed the matter to the High Court which overruled the Criminal Court order. The High Court stated that the ruling of the lower court was unlawful.

The operation at H. Vaifinige saw the seizure of 28 rubber packets suspected of containing drugs, 42 cans of film filters, 216 pieces of cellophane, 255 pills of controlled drugs, a bottle of alcohol, as well as a large amount of cash, among other items. Drugs discovered during the operation include more than a kilo of cannabis, 108 grams of MDMA and seven grams of heroin.