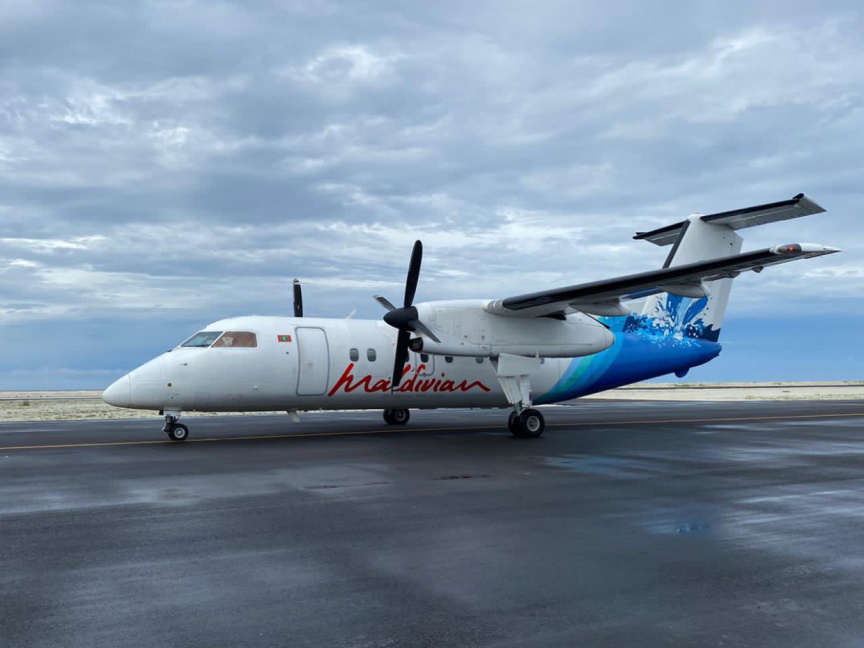 Test flight which landed at Hoarafushi airport on November 16, 2020. (Photo/Raajjemv)

Test flights have been conducted to the airport developed in H. A. Hoarafushi today.

An aircraft of the national flag carrier Maldivian landed at the airport today for the test flights.

The Transport Ministry has previously said that after the test flights, scheduled flights will be commenced within a week.

The airport is now under final preparations for its official opening.