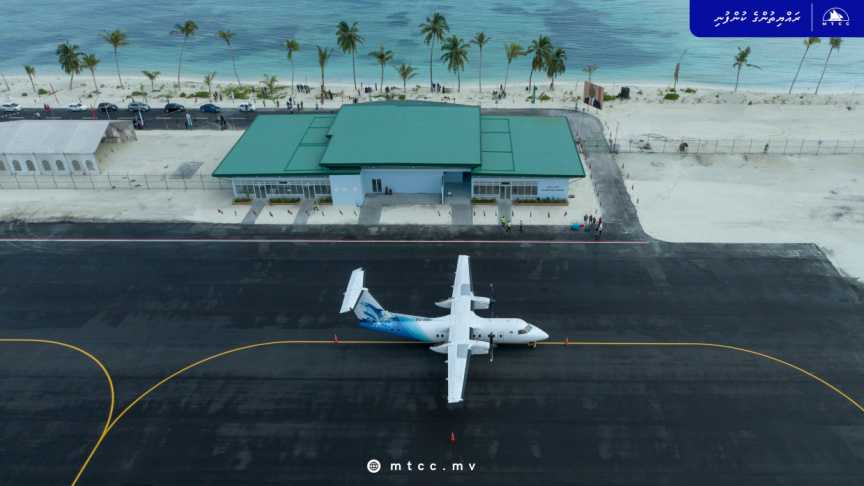 Flights scheduled to Hoarafushi Airport today have been delayed subsequent to sand sediments being blown onto its premises – disrupting the airport’s operations.

Speaking to Sun, Managing Director of Regional Airports Mohamed Rizvee noted that sand sediments have been blown onto the airport's runway by extremely strong winds.

“Subsequent to strong winds, sand sentiments have been blown onto the runway. The area is surrounded by quite fine sand - which is why they are so easily windblown,” Rizvee had said.

He further added that no flights have been canceled – just that it had been delayed.

Rizvee also noted that work is being done to clear out the sand from the runway – so that the airport may resume its operations at the earliest.

The operations of Hoarafushi Airport have been also been disrupted in the past as a result of damages sustained by the airport due to tidal waves during extreme weather.

'Only thing to show for a statement is my body, heart'