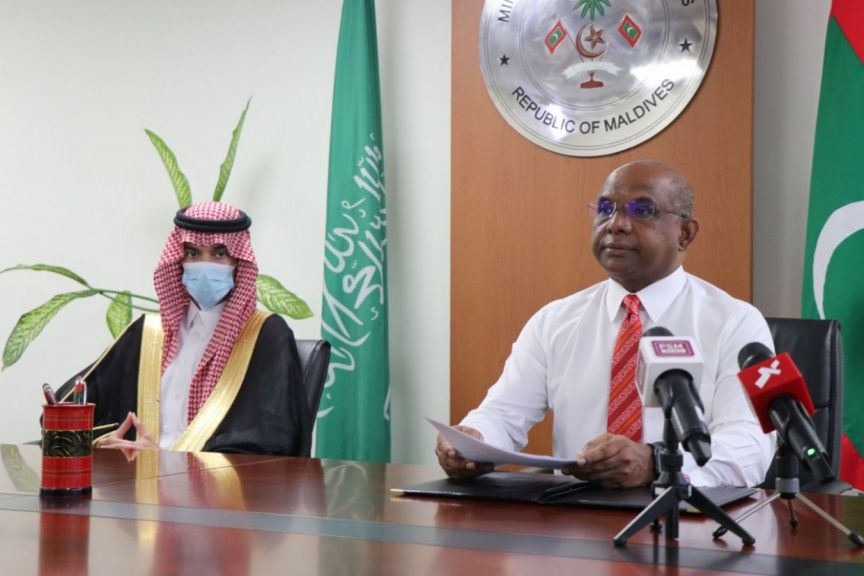 A USD 50 million agreement has been signed by the Maldives with Saudi Arabia for the purpose of developing the housing and fisheries sector of the Maldives.

The aid agreement by the Saudi Fund for Development was signed by the Foreign Minister of Maldives Abdulla Shahid.

President Ibrahim Mohamed Solih had announced the agreement with Saudi Arabia in his latest press conference.

Minister Shahid, speaking during the agreement signing ceremony said that the funds were very much needed as the Maldives undergoes the economic impact of COVID-19. He added that further work would be carried out by the government for affordable housing and the development of the fishing industry.

The agreement would also increase the relationship between Maldives and Saudi Arabia.

The Foreign Ministry noted the assistance of Saudi Arabia in several infrastructure development projects such as the development of Velana International Airport.

USD 25 million is to be allocated for housing projects while the remaining half is to be utilized for the development of the fishing industry. Housing accommodations for around 2,700 people is expected to be made through the use of the funds, while 25,000 individuals working in the fisheries and agriculture sector will gain benefits from the funds.