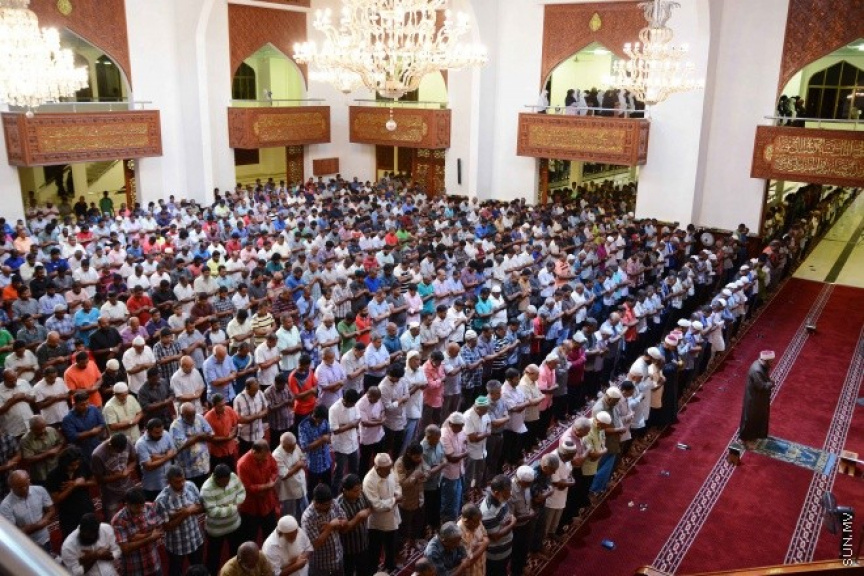 Speaking in a presser last night, Islamic Minister Dr. Ahmed Zahir had announced an end to suspended mass prayers in the country. In the presser, the Minister stated that mass prayers would be allowed in islands without any monitoring mechanisms.

Confusion arose when the Ministry issued a circular today that included several islands where monitoring mechanisms had been lifted long ago. Many of the public expressed confusion and displeasure over the move where a list of 25 islands was announced by the Ministry. The mass prayers would not be resumed in the 25 islands on the list as of yet.

HPA has now provided more clarification on the matter. Director-General of Public Health Maimoonaa Aboobakuru stated that permits for mass prayers and reopening of mosques were only issued to islands that have not been under monitoring mechanisms for at least 28 days.

“Other than this, the permits would not be issued if a person is in quarantine on the island.” Said the Director-General when questioned.

Islands where collective prayers will not resume:

The circular issued by the Ministry today also instructed that mosques are to be cleaned and mopped before every prayer. Arrangements to wash hands with soap must also be made at every mosque. Air circulation at mosques must also be arranged and the Ministry requested that ACs are to be used only when necessary. The Ministry also issued specific precautions to be taken when performing collective prayers.

The Ministry also requested elderly individuals and those symptomatic for the virus to refrain from attending mosques as a precautionary measure.

However, significant measures have allowed the virus to be controlled in the country and the government has recently announced that easements will be given to the restrictive measures in place across the country. The permission to resume collective prayers in one of those easements.

Nasheed: Imprisonment of Yameen alone is not just