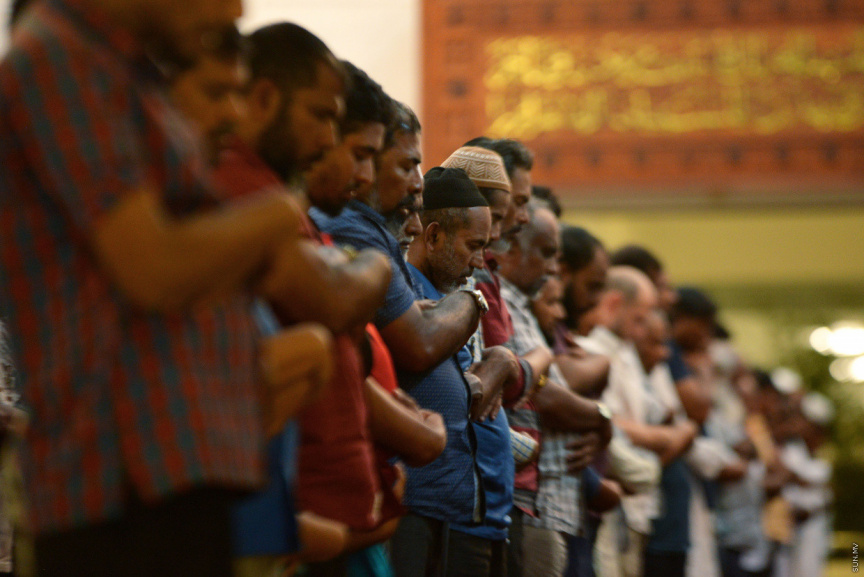 May 25, 2019: Photo shows worshipers performing collective Taraweeh prayers in the Maldives on the first day of the holy month of Ramadan in 2019. (Sun Photo/Fayaz Moosa)

Islamic Minister Dr. Ahmed Zahir has announced that collective prayers are set to be recommenced in some select islands of the country.

Speaking in a press conference tonight, Islamic Minister Dr. Ibrahim Zahir stated that discussions had been held with health professionals regarding the recommencement of mass prayers.

The Minister stated that mass prayers will be recommenced in islands without any monitoring mechanisms starting from the Friday prayers tomorrow.

The Friday sermon has now been uploaded to the Ministry website, said the Minister.

Medical professionals in the country had advised that those attending collective prayers to take precautions.

The precautions to be taken include:

“With these precautions, we are planning to recommence collective prayers in mosques starting from the Friday prayers tomorrow.” said the Minister.

The Minister also added that health experts had advised removing carpets from mosques. The mosques would remain as so and the collective prayers would be performed as they were traditionally performed in the country. Collective prayers in the Maldives are performed by standing adjacent to each other.

The Minister also stated that while arrangements for ablution would still be available in mosques, it was not the recommended option due to the safety of everyone.

Collective prayers in the Maldives were suspended on March 19 due to the COVID-19 virus.