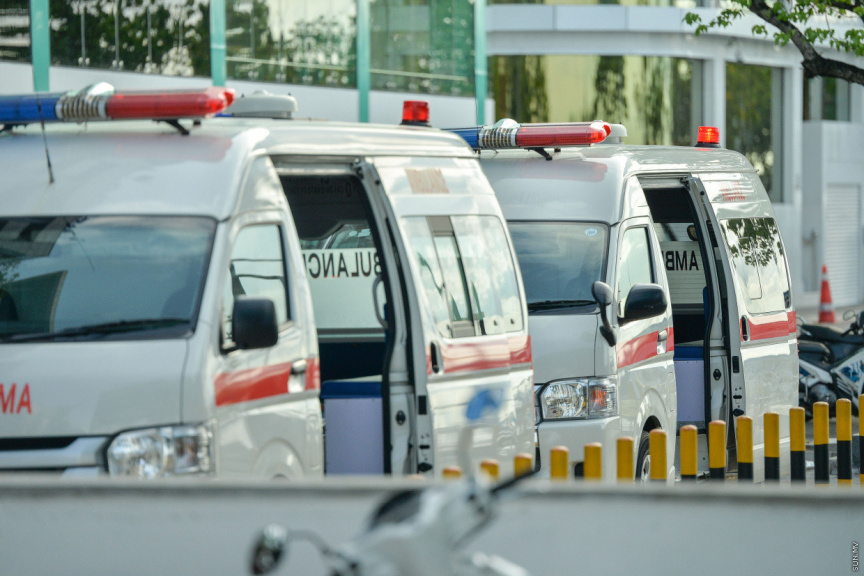 Ambulances parked by the Fishermen's Park in Male' City on May 12, 2020. (Sun Photo/Fayaz Moosa)

National Emergency Operations Center (NEOC) has announced that 14 more individuals have tested positive for COVID-19 in the Maldives.

Speaking in a press conference tonight, NEOC spokesperson Mabrouq Azeez announced that the 555 samples for the virus were collected within the last 24-hours. The total number of tests conducted in the Maldives has now reached 13,639.

Medical professionals in the country have previously projected a surge in cases in the country by the end of this month. In tonight’s press conference, Dr. Ibrahim Afzal stated that the surge could be reduced and requested the public against relaxing.

Number of COVID-19 recoveries increase to 46