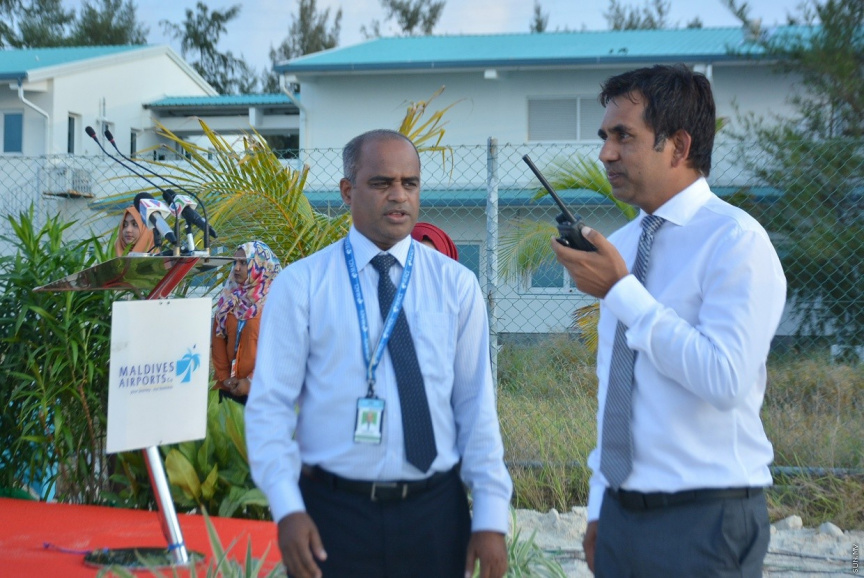 Former Economic Minister Mohamed Saeed, on Thursday, dismissed the allegation by his successor, Economic Minister Fayyaz Ismail that he had guaranteed Trans Maldivian Airways (TMA) it would be allowed to operate the new seaplane terminal under development at Velana International Airport, calling it a blatant lie.

Fayyaz had made the allegation during a press conference on Wednesday, when it was announced that the new terminal would be operated by Maldives Airport Company Limited (MACL) itself.

He said that the Economic Minister at the time had guaranteed TMA it would be allowed to operate the new terminal.

Saeed, to whom Fayyaz had referred to, issued a series of tweets on Thursday in which he said the allegation as a lie.

“Now this is just a blatant lie! I am sad to behold the lack of substance produced at the end of the first half of your snail-paced government, and the sight of large ministries getting riled up over “the former government’s” development,” said Saeed.

He said that the former government hadn’t instructed the MACL or any other party regarding either allowing a specific party to operate the terminal, fixing the rent at a specific rate, or operating the terminal in a specific manner.

Finance Minister Ibrahim Ameer had recently made allegations along the same line.

At a session with the Parliament’s Public Accounts Committee over the seaplane terminal dispute on Monday, February 17, Ameer said that the previous government had decided on allowing Bain Capital, TMA’s majority shareholder, to operate the new seaplane terminal, and that the decision had been supported by MACL at the time.

He said that while the TMA and MACL had engaged in negotiations, the negotiations hadn’t produced a contract agreement, meaning TMA had no basis to pursue arbitration to claim compensation.

He even suggested that the previous decision warranted a criminal investigation for possible corruption.

“I therefore call on a criminal investigation into aforementioned issues. We, the government, want action against those responsible, if there’s evidence this was done in a manner which facilitated corruption,” said Ameer. “The officials [from Bain Capital] claim the then-Economic Minister Mohamed Saeed and senior management of MACL committed to handing over the new terminal to them.”

At Wednesday’s press conference, Ameer said MACL and TMA had previously negotiated on allowing TMA to operate the seaplane terminal for a 15-year period.

Finance Ministry, on February 5, intervened into the dispute to announce the government’s recommendations regarding the matter.

MACL was instructed to allocate a 6,300 square meter space from the new terminal to Trans Maldivian Airways (TMA) at the same rate it presently pays for the space in the existing terminal, effective for the next two-year period. MACL was further instructed to allocate other seaplane operators the same size of space they presently use at the existing terminal, and to begin allocating space from the terminal in a bidding process after two years.

Ameer, during Monday’s session with the Public Accounts Committee, said that the government was committed to enforcing its recommendations regarding the terminal, even if it required a reshuffle of MACL’s Board.

The Public Accounts Committee, on Wednesday, voted in support of the Finance Ministry recommendations, and the Anti-Corruption Commission (ACC) has initiated a criminal investigation into the terminal.