Residents come out to curb effects of erosion in B. Maalhos 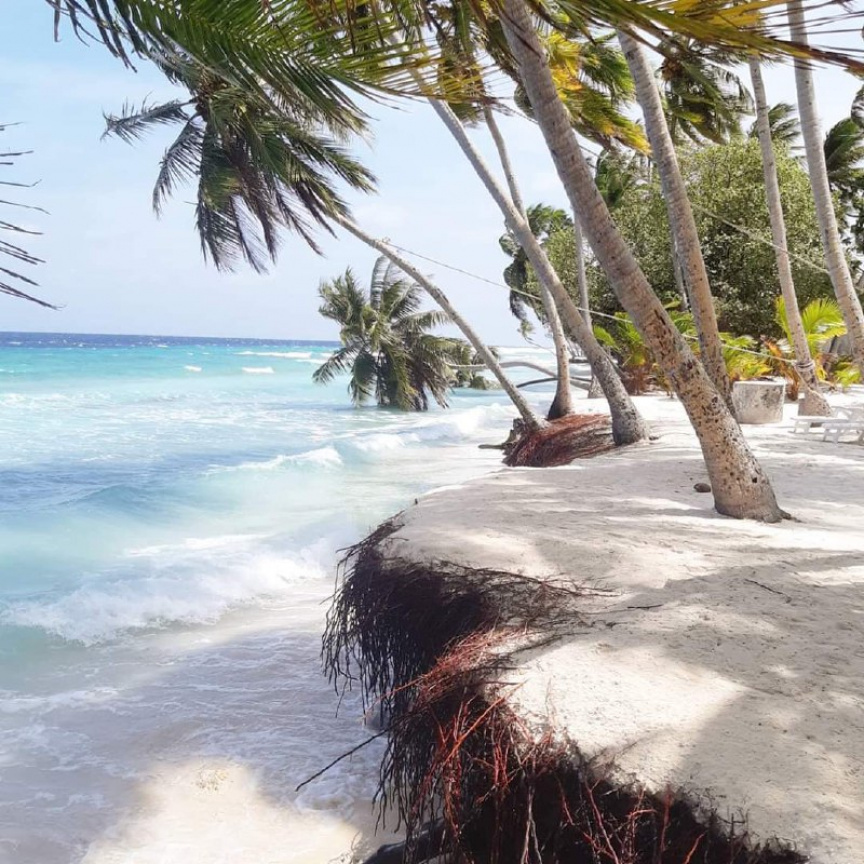 B. Maalhos affected by erosion.

Citizens of B. Maalhos have come out to place sandbags after the island was heavily affected by erosion.

The island is being eroded since the North East Monsoon began last year and has been affected by erosion for two months without a lull.

Maalhos council president Abdulla Shujau said that the citizens were working on curbing the effects of erosion. They are collecting the sand deposited to the east side of the island into sacks and placing these bags at the coastal areas affected by erosion.

Shujaau stated that no houses have suffered any damage from the erosion so far. However, a mere 20 feet separated the house closest to the beach, according to him. He also stated that some palm trees had also fallen due to the erosion.

“Compared to other years, we have lost around 20 feet. The erosion is on a level we have not seen for six years,” said Shujaau.

Shujaau also said that the government had been informed of the situation but that response was yet to be received. He said that he had requested the Planning Ministry to bring a permanent solution to the issue.

Maldivian islands are constantly affected by erosion. However, previously unseen levels of erosion this year have begun raising alarms. Experts say that climate change is the cause of this. Some other islands affected include B. Dharavandhoo, Kendhoo, and R. Fainu.

Robbers steal safe after breaking into B. Maalhos court