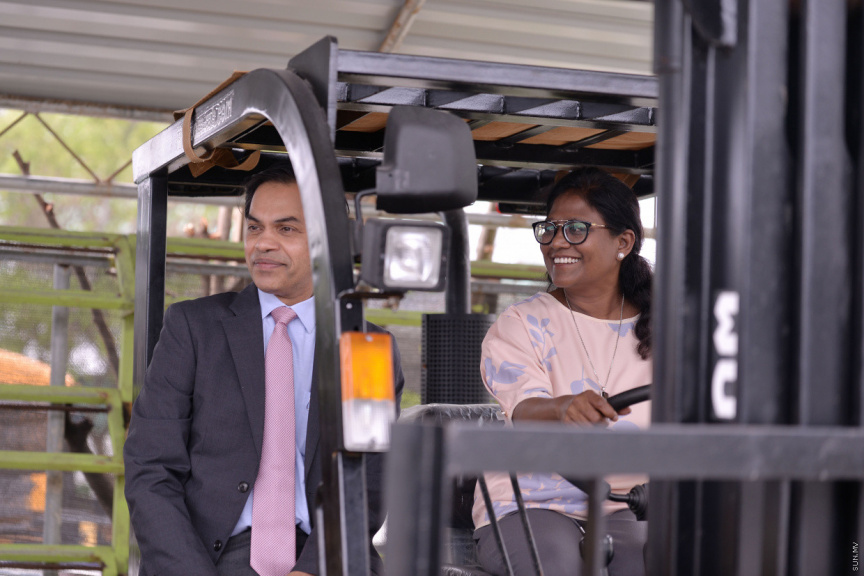 The High Commission of India, on Wednesday, handed over vehicles and heavy machineries procured with grant assistance from the Indian government to the Male’ City Council.

A symbolic handover ceremony was held at the council’s Public Works office in the morning, and was attended by Male’ Mayor Shifa Mohamed, Foreign Minister Abdulla Shahid, Indian High Commissioner Sunjay Sudir and other government, council and high commission officials.

According to the Foreign Ministry, the items were procured using MVR 8 million allocated for council from the MVR 106 million grant assistance provided by Indian government in 2019.

The vehicles and machinery are expected to ease the pressure, strengthen and increase the capacity of the council to undertake the responsibilities, carry out more development projects and deliver efficient and timely services to Male’ residents, said the Foreign Ministry.

Speaking at the ceremony, Mayor Shifa said the council had already received five of the vehicles, and would receive the remaining nine soon.

The five vehicles and heavy machinery which the council has already received includes forklifts and lorries, and the additional items which it will soon receive includes water bowsers.

She said that the council had previously been using two vehicles donated by the Japanese government, both of which were now damaged beyond use.

“On this happy occasion, I want to thank the Indian High Commission for its continued assistance. This celebrates the friendship between Maldives and India,” said Shifa.

The purpose of the cash grant is to facilitate small, but impactful work, thus empowering local communities and driving social development, he said.

No decision on issuing Eman’s allowance to family yet