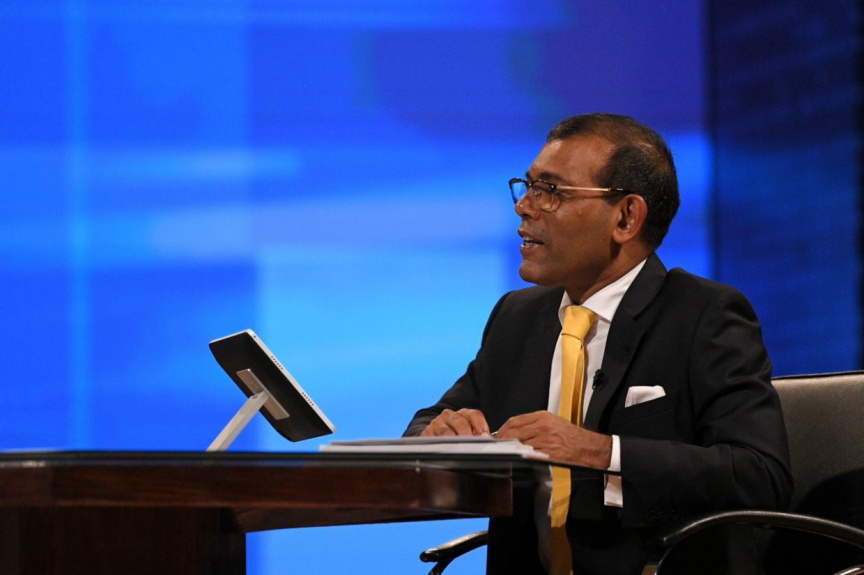 Speaker of the Parliament Mohamed Nasheed answering a question during the "AskSpeaker" program held by PSM on December 7, 2019. (Photo/Parliament)

Nasheed responded to these questions by stating that he was never a supporter of the presidential system and preferred a parliamentary system even during his school years.

"Always a supporter the parliamentary system"

When asked with the question of whether the Speaker had the mindset to change the system to a parliamentary one, Nasheed said that it was a decision for the citizens to make and would involve the current President Ibrahim Mohamed Solih and the whole of MDP.

“The way I see it, this is not something to be done by a part of MDP. We should only do it when everything is arranged and allows us to do it together.” said the Speaker.

Nasheed was also asked whether he would become the Prime Minister, the Speaker pointed out that if he was the party leader during the elections in a parliamentary system, he would be the prime minister.

“If there was a parliamentary system, and I was to compete in the election as the leader of the majority party, I would become the prime minister,” said Nasheed.

The Maldives decided to opt for a presidential system during a referendum held in 2007. However, Nasheed stated after winning the elections in 2008, that he was very much ready to change the system into a parliamentary one and re-run for an election.

There has been a lot of rumors and allegations that the former President is working towards a switch to a parliamentary system after the massive victory by MDP in the parliamentary elections earlier this year. The election saw MDP take a landslide number of seats in the Parliament where they now have a super majority.