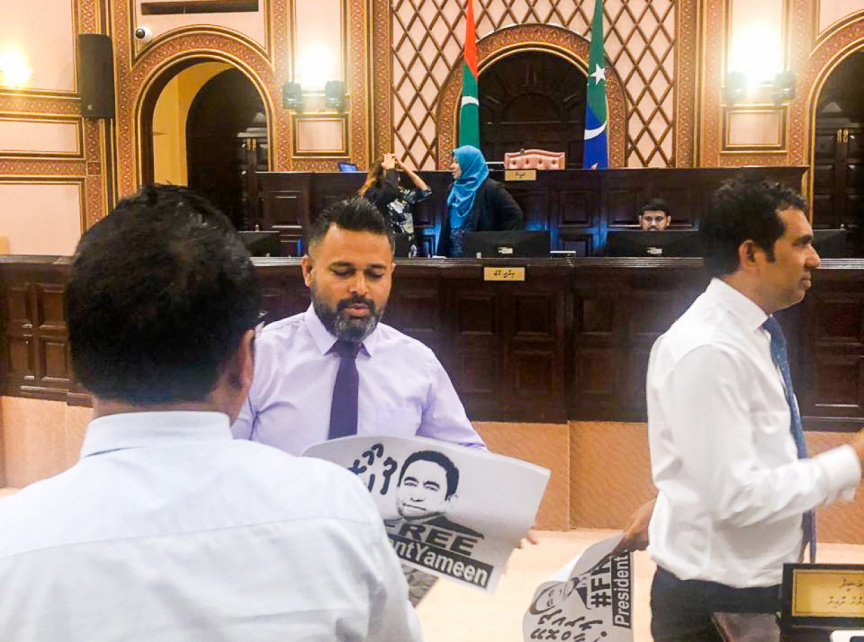 Opposition MPs protesting inside the Parliament on Decemebr 2, 2019. The MPs called to free the former President Abdulla Yameen, who was jailed for five years for money laundering.

Opposition MPs have begun a protest inside the Parliament today, calling to free former President Abdulla Yameen who was sentenced to five years in prison for money laundering last Thursday.

Opposition supporters are also protesting on the streets of Male' city against the verdict to jail the former President.

Elderly man found dead in a house in Male' city