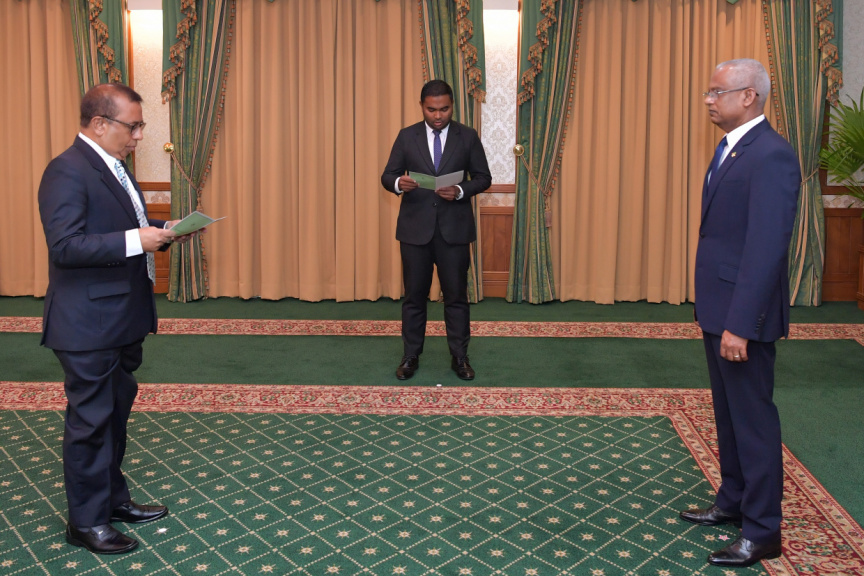 Former President of Elections Commission Fuwad Thowfeeq has once again been appointed as a member of the Commission today.

The letter of appointment was awarded to Fuwad at a ceremony at the President’s Office today and he was sworn in by Supreme Court Judge Mahaz Ali Zahir. Fuwad was approved to the Commission by 70 MPs of the Parliament on November 13, after the term of former Vice President of the Commission Amjad Musthafa expired.

He had been active politically with governing MDP after his dismissal and competed in the last Parliamentary elections as an independent candidate for South Mahchangoalhi.