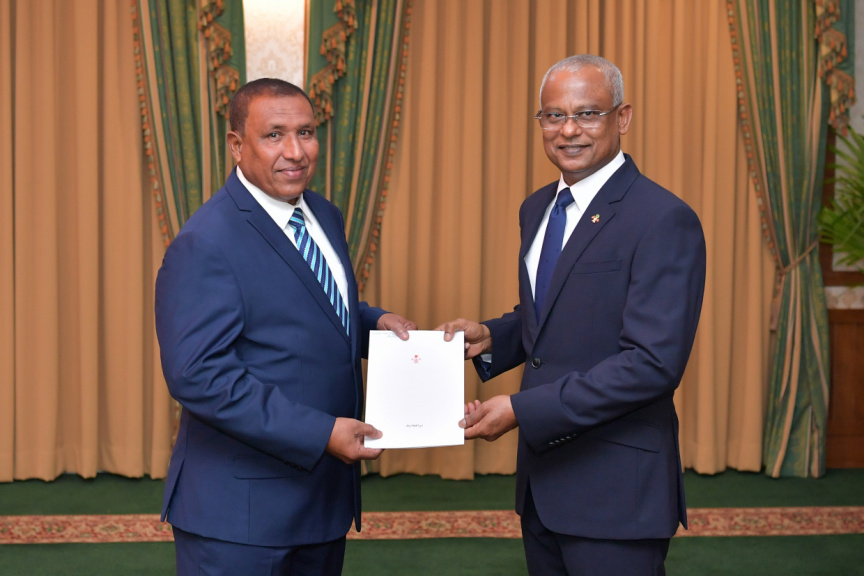 In this photo taken on November 24. 2019, Retd. Colonel Jihad is seen being awarded the letter of appointment to the National Integrity Commission by President ibrahim Mohamed Solih. The former Colonel was approved to the post by 78 MPs of the Parliament. (Photo/Parliament)

Former MNDF colonel Ahmed Jihad from V. Dhivethi has been sworn in as a member of the National Integrity Commission (NIC) today.

The letter of appointment was awarded to Jihad at a ceremony held in the President’s Office today by President Ibrahim Mohamed Solih. Jihad approved to the post by 78 MPs of the Parliament. Rted. Colonel Jihad had served in the military from 1982 to 2013.

The NIC is tasked with ensuring the integrity of all law enforcement agencies and its employees and investigating such cases.

Committee votes in favor of Qasim for NIC

JSC to seek approval for phone allowance to magistrates