7 names for PCB board sent to Parliamentary SOE Committee 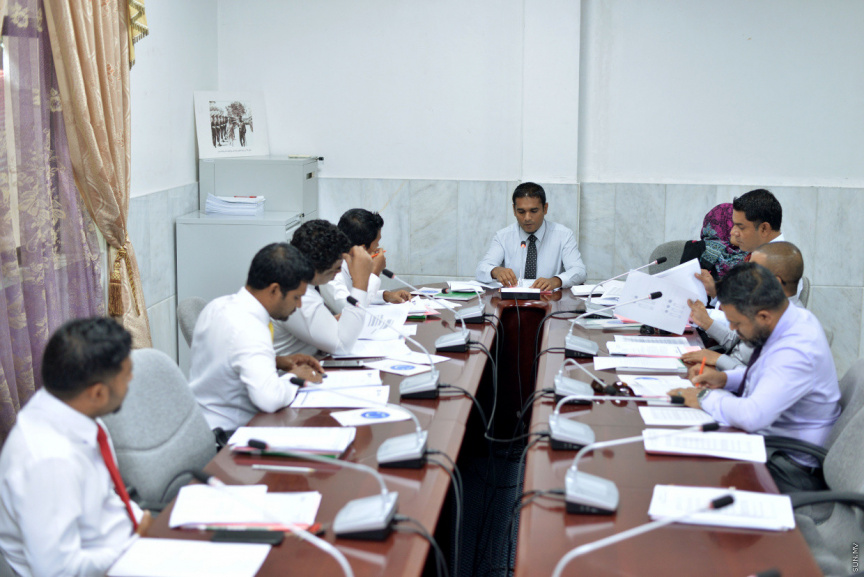 A meeting of the State Owned Enterprises Committee of the Parliament. (Sun Photo/Ahmed Awshan Ilyas)

The seven names recommended by President Ibrahim Mohamed Solih for the Privatization and Corporatization Board (PCB Board) has been forwarded to the State-Owned Enterprises Committee (SOE Committee) of the Parliament.

The names forwarded to the Committee today are:

In order to appoint members to the PCB Board which is in charge of privatizing and corporatizing government businesses as well as monitoring their progress under the law, the approval of the Parliament must at first be attained.

The administration of former President Yameen did not, however, adhere to these rules as the names for the PCB board were not sent for the Parliament. The PCB board also consisted of just five members in contrast to the law that stated seven members to be present on the board.

The SOE Committee had previously stated that the investigation by the Committee had found that the former members of the PCB board did not carry out their constitutional duties fully. This was also noted by the Auditor General previously.

The report formed by the Committee stated that the PCB board then was not capable of carrying out its constitutional duties and the budget for its functions and operations were also not allocated properly by the Finance Ministry.