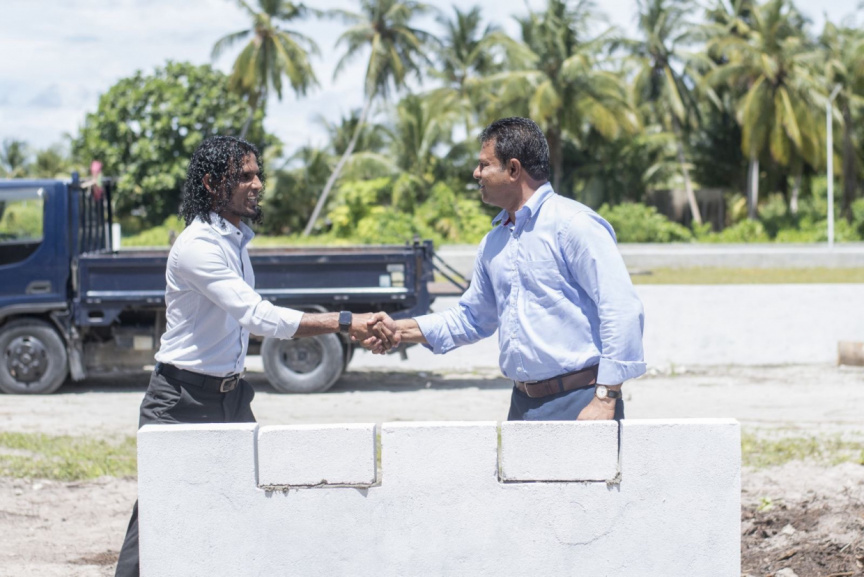 Foundation stone of G.A Nilandhoo power station by Fenaka Corporation has been laid at a special ceremony in Nilandhoo this morning to mark the event.

The stone was laid by Dhaandhoo MP Yaugoob Abdulla and Managing Director of Fenaka Ahmed Saeed Mohamed. The project was awarded to Q1 Maldives for MVR 6.06 million and is scheduled to be completed by April 18, 2020. Work has already commenced on the project on October 10.

An island populated by 1087 people, Nilandhoo currently has a power station that was built in the year 2000 by the islanders that has a maximum capacity of 382 kilowatts. The capacity will be increased to 1.2 megawatts when the new power station comes into service.