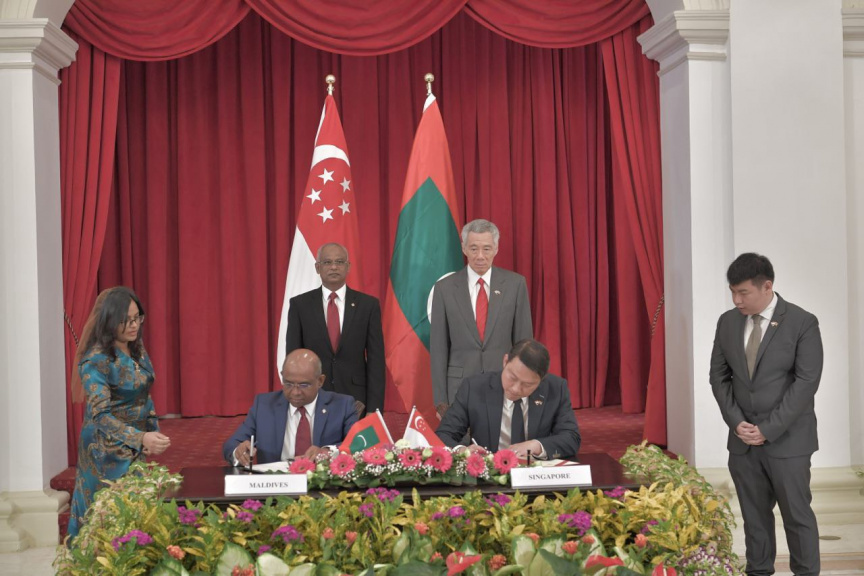 Maldives and Singapore has signed two MOUs to further cooperation in two areas.

The two MOUs were signed on behalf of the Maldivian government by Foreign Minister Abdulla Shahid this Monday.

The first of the MOUs is an updated Air Services Agreement which is designed to improve air connectivity, establish greater commercial links and facilitate social liaison between the two countries.