Solih: Afeef is most eligible to be Speaker of Parliament 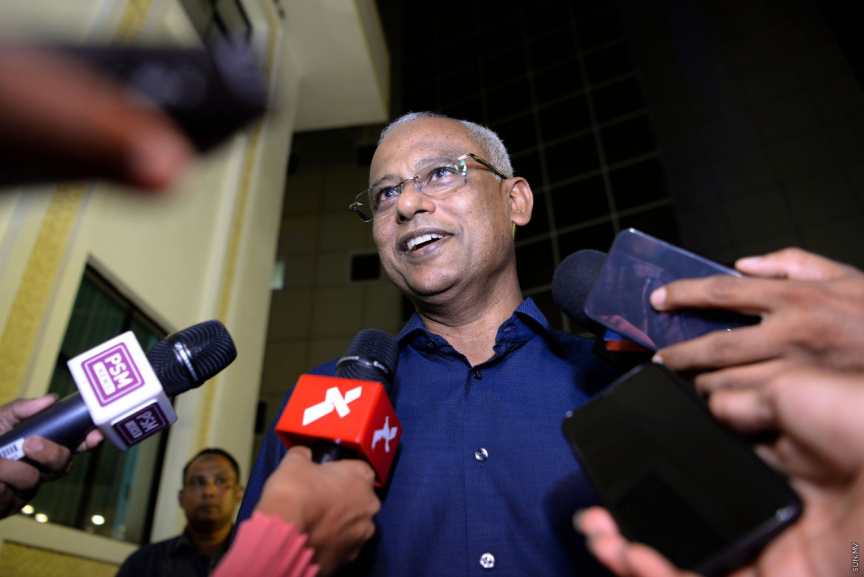 President Ibrahim Mohamed Solih speaking to the press after the tharaweeh of People's Majlis on May 22, 2019. (Photo/Sun/Fayaz Moosa)

President Ibrahim Mohamed Solih has stated that, Home Minister during Mohamed Nasheed’s presidency and member-elect of Vilifushi constituency for the 19th Parliament, Hassan Afeef is the most eligible for the post of Speaker of Parliament.

He stated this while speaking to the press after the Tarawih held at People’s Majlis last Wednesday night with the members of the outgoing parliament and newly elected members for the 19th Parliament.

“I believe that I should not be stating a name in public due to my position. However, I have seen the work of Hassan Afeef. I have worked with Aslam as well. I believe that Afeef is one of the most eligible candidates for the position of the Speaker,” said the President.

It is being said that MDP is facing an internal crisis as both President Solih and President Nasheed are supporting two different candidates.

MDP candidate for the position of Speaker will be selected after an internal election of the party.