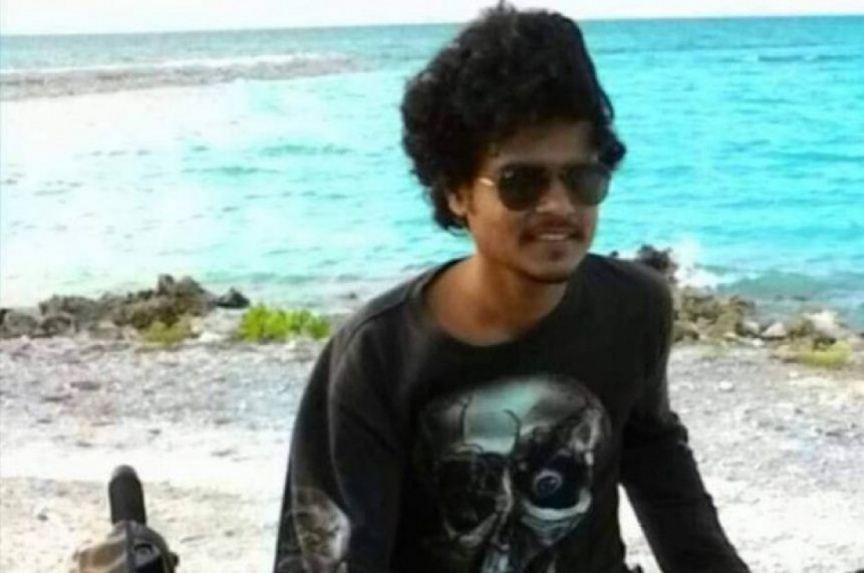 Ibrahim Fazeel – implicated in the disappearance of a 19-year-old woman on February 22 and later the kidnapping of her underage sister on March 10 – has been arrested for suspected involvement in the kidnapping of an elderly man from L. Gan.

Maldives Police Service reports that Fazeel was arrested on suspicion he kidnapped an elderly man from L. Gan for ransom on May 2.

Fazeel was on the run from authorities when he was arrested from Hulhumale’ on Monday, May 6.

Maldives Police Service reports that the court has remanded Fazeel – and another suspect arrested in connection with the case – to 10 days in custody.

Fazeel was the person operating the dinghy boat carrying Aminath Shima Nafiz, 19, from L. Kadhdhoo to L. Maamendhoo when it – according to Fazeel – capsized – resulting in the disappearance of Shima.

Authorities have yet to find any trace of Shima, or the dinghy boat she was travelling on.

Maldives Police Service, in a recent press conference, said that the investigators found discrepancies in his account of events, they did not find enough evidence to definitively conclude Shima’s disappearance as a premeditated crime carried out by Fazeel.

He was not arrested in connection with Shima’s disappearance, but was arrested less than a month later, on March 10, after kidnapping and transporting a 16-year-old girl out of L. Maamendhoo on a dinghy boat with two other men.

The 16-year-old was later identified as Shima’s younger sister.

Though initially arrested and remanded to jail over the abduction of the underage girl, Fazeel and the two other men involved in the crime were released after the Maldives Police Service completed its investigation and forwarded the case to the Prosecutor General’s Office for criminal charges.

Minor arrested in connection to kidnapping of woman

US kidnapping suspect describes how he targeted victim

Discussions held to start work of Airport on June