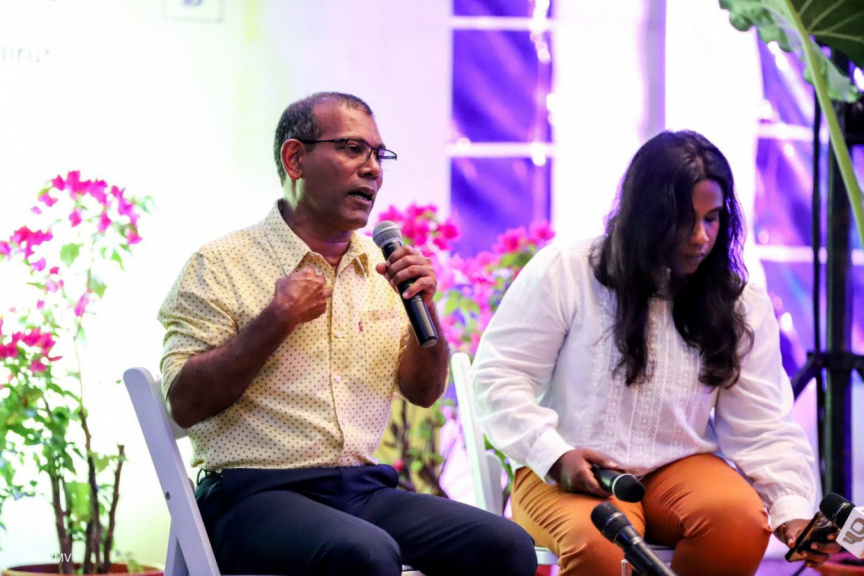 MDP leader and Parliament speaker, Mohamed Nasheed at a campaign rally in Male' City on January 25, 2023.

MDP recently removed over 39,000 members who Elections Commission’s records didn’t show as the party’s members. Nasheed, who alleges it to be a deliberate move to rig the election, had sent a letter to MDP’s chairperson Fayyaz Ismail expressing concern over the issue.

Speaking at a campaign rally for the youth in Male’ on Wednesday, Nasheed said the move had been prompted by a resolution submitted to the MDP national council.

“So, we have stopped managing over own membership register and are now managing the Elections Commission’s. And the party said they would be reinstated if they did as EC instructed within a specific timeframe,” he said.

Nasheed said the MDP had a standing order, which declares how one can become a party member.

Nasheed said he had always believed that allowing a third party to manage MDP’s membership register would lead to the party losing the “reins”.

“I don’t know any other political party in this world that removed half its members. They try to boost membership. I believe President Solih will lose because he removed over 39,000 members,” he said.

Nasheed repeated his allegation President Solih had a personal motive in removing the members.

“Its there for all to see. I believe the issue of removal of members will be the biggest door opened to our victory,” he said.

“I want the chairperson himself to say that he will look after the party’s membership register well. That he can manage it, even if the Elections Commission can’t. I am certain our party’s secretariat can manage this. Faya, for sure, can do this better,” he said.

Nasheed questioned the fairness of the upcoming MDP primary.

Man who broke into Juvenile Court requests to jail him